International Traveling On A Budget During Covid 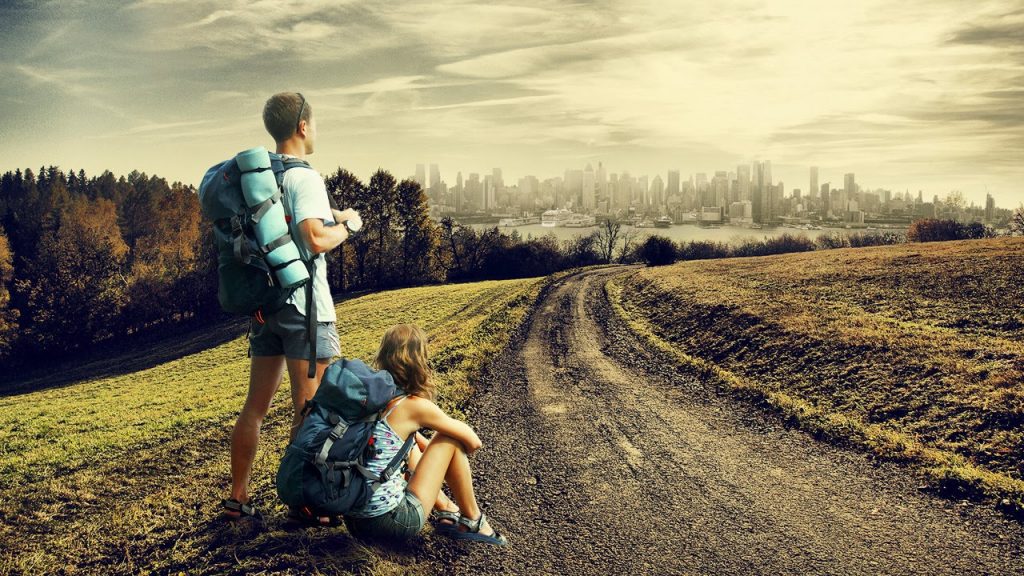 Most people wish they took more vacations. I know I do. But traveling is so darn expensive! How am I supposed to be able to afford a trip anywhere, let alone somewhere out of the country? Well have no fear, Jetlaggin is here! Check these five international destinations that are much cheaper than you think.

Medellin is an affordable travel destination in Colombia as it’s actually its third major behind Cartagena and Bogota. The weather is perfect nearly all year long, and ever since the days of Pablo Escobar, the city has put a strong focus on rebuilding the city and attracting a new batch of young, hip, cosmopolitan inhabitants. This means plenty of beautiful museums and art galleries. Hotels only cost around $70 a night, and meals shouldn’t cost much more than $15. These low prices allow for two people to enjoy five days in Medellin for around just $800.

Some people are wary of traveling to Mexico these days. But it’s capital, Mexico City, is still a beautiful vacation destination that you can enjoy on the cheap. Whether it’s hotels, restaurants, or the many art and cultural attractions that can be found throughout the city, there are surprisingly affordable options for just about everything. Just be smart and explore your options. It’s not hard to find a hotel room for a hundred bucks a night, and you can easily live off delicious street food for your whole trip. Not to mention the public transportation system in the city is cheap and extremely accessible. You could easily take a two-person, seven-day vacation to Mexico City for around $1,000.

Barcelona is a truly beautiful city in a beautiful country. But you’ll have to be careful when attempting to pull off an affordable trip there, as the city is flooded with tourists in the summer. Hotel rates are on the higher side, averaging around $150 per night. But there are so many things to be enjoyed in Barcelona for free, particularly the beaches. As for meals, as long as you stay away from the Gothic Quarter and Las Ramblas area, you should be able to find plenty of cheap eating options. You could enjoy a lovely four day, two-person vacation to Barcelona for around $1,100-$1,300.

Vietnam still has a slightly negative connotation around it these days, but make no mistake, it is a fascinating country that is ideal for a cheap vacation. Flights will be your biggest expense, as they don’t exactly run cheap. But if you’re ok living off street food for most of your trip and taking a lot of public transportation, once you’re there you don’t have to spend all that much money. Some of the best attractions revolve around exploring, including the Cu Chi Tunnels used during the Vietnam War, the city of Can Tho off the Mekong Delta, and the Cai Rang Floating Market. You can pull off a two-person, five-day vacation to Vietnam for around $1,400.

Quito is one of the often forgotten gems of South America. It offers incredible outdoor and hiking activities, historic relics and architecture from thousands of years ago, and a bustling urban area with a great nightlife scene. Also be sure to take in the Centro de Arte Contemporaneo, the Museo de la Ciudad, and the Museo Casa del Alabado. And if you have enough time, head out of the city to check out the Cotopaxi National Park for some of the best scenery around. A whole week-long, two-person vacation would cost just around $2,000.

Breathtaking New Hiking Trails From Around The World 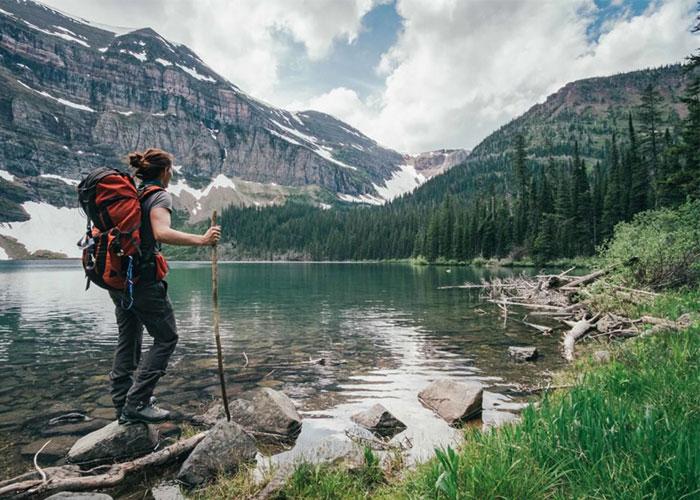 It doesn’t really matter where you are, there’s probably a good hiking trail somewhere nearby. And who doesn’t love a good hike?! Well, ok, plenty of people don’t love hikes. But for those that do, check out this list of some of the greatest hikes from around the world. I know I’m going to try to hit all of them before I’m gone!

This hike is truly epic. It starts in Albania and travels northwest through Montenegro, Bosnia and Herzegovina, Croatia, and finally ends at the beginning of the Dinaric Alps in Slovenia. Just so we’re clear, we’re talking about 783 miles, people. That’s incredible.

But make no mistake, it is very difficult. It’s divided into three, color-coded sections, and the first one, the White Trail, is the most difficult. The second is the Blue Trail and includes incredible views of the Adriatic Sea. And the third leg is known as the Green Trail and mostly travels through the forest of the lower Dinaric Alps.

This gorgeous hiking trail has only existed since September of 2017. It runs along the coast and takes hikers and cyclists through Deal, St. Margaret’s Bay, Kingsdown, and eventually finishes in Capel-le-Ferne. What makes this trail especially cool is that it also features artwork and sculptures done by local artists. Sounds pretty awesome if you ask me!

I have a feeling you can guess what makes this trail so special. Kangaroos. Well, the wildlife in general. Kangaroo Island requires just a 30-minute flight from nearby Adelaide to reach. The whole trail takes about five days to walk, but it’s worth it if you have the time. The landscape and the wildlife, including kangaroos, koalas, wallabies, platypus, seals, and dolphins can be truly breathtaking.

This trail was officially opened in 2017 and is now officially the longest trail in the world at roughly 15,000 miles. It includes over 500 individual trails and can be enjoyed in many different ways including hiking, cycling, riding horseback, or even skiing and snowmobiling depending on the weather. Or, if you’re more of a water-based adventurer, there are also plenty of waterways that allow for kayaking and canoeing.

This is possible the extended hike for the history buff. It literally covers the entire country of Jordan in its 403 total miles. But, before you get too excited, you should know it takes about 36 days to complete in full. It is however broken into eight stages and only requires a moderate amount of fitness.

And if you can pull it off, you’ll be happy you did once you reach amazing landmarks like the city of Karak, the Dead Sea canyons, and the architectural feat that is the city of Petra. 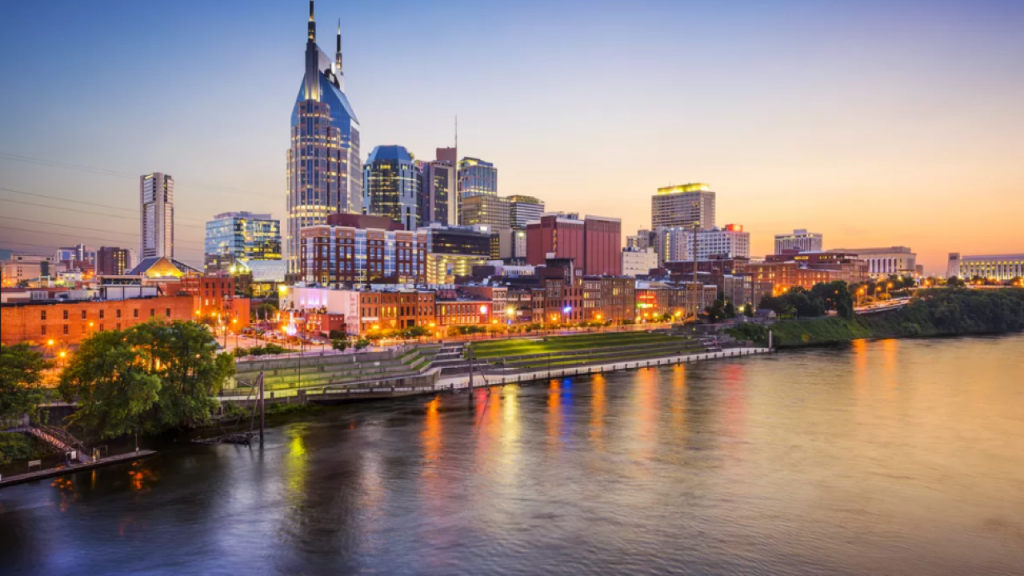 Nashville is one of the most underrated cities in America. And you don’t have to be a lover or even a casual fan of country music to enjoy this great city. So if you’re looking for a simple and fun vacation in an American city you’ve probably never been to before, look no further than Nashville. And when you do get there, be sure to check out all these awesome activities!

THE FOOD… EAT THE FOOD

You could absolutely hate music (which is truly insane) and still love Nashville. Why? Because they have some absolutely amazing food there! And who doesn’t love delicious food? They have just about anything and everything too. They’re most famous for their Nashville hot chicken, but if that’s not your culinary bag there’s something for everyone, from tapas to Italian to plenty of great Mexican and Tex-Mex food.

Jack White, famously of The White Stripes, started his own record company in 2001 called Third Man Records. But it’s so much more than just your average recording studio. They all have a record store and an actual concert venue in the building! So it’s a great place to take in all the great music Nashville has to offer. And don’t you dare think that’s specific to country music. There is so much other great music being played and created in Nashville. It really is the hub of American music.

GET YOUR DRINK ON

Naturally, a city with a great music scene will also have a great drinking scene. And while you should always drink responsibly and safely, Nashville is a great city to drink as much as you can. Obviously, they have countless places making and service top-notch bourbon and whiskey. But there’s also plenty of amazing breweries. Some of the best include Jackalope Brewing Company, Black Abbey, and if beer’s not your thing, swing by Diskin Cider.

Hatch Show Print is a Nashville institution. You can’t walk a block in Nashville without catching a few promotional posters that were made at this print shop that’s been in business since 1879. Even in recent years as more digital and advanced techniques have crept up, Hatch Show has stuck by their traditional letterpress technique and the community has loved them for it. Today, visitors can take tours of the factory and pick up a beautiful poster of their own. Because wall art doesn’t get much better than obscure concert promotions!

MAKE YOUR OWN CANDLES AT THE CANDLE BAR

At this point, if you don’t like great music, don’t care much about food, and aren’t a drinker, I guess I just don’t understand you at all. But! There are still other great activities for you to enjoy in Nashville. And making your own scented candles at The Candle Bar is most certainly one of them. Candle making may not sound all that exciting, but just ask anyone that’s ever checked it out and they’ll tell you it’s definitely worth it. Did I mention you get to pick your own scent?!