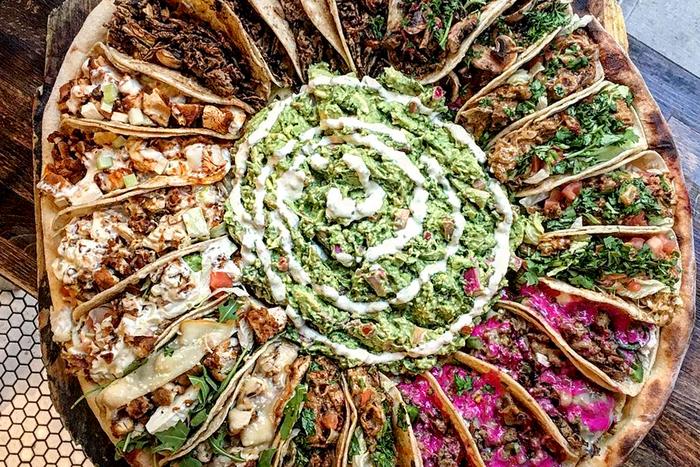 It may be the dead of winter at the moment, but that doesn’t mean we can’t fantasize about taking a warm and relaxing island vacation! Here are the most beautiful island the United States has to offer. 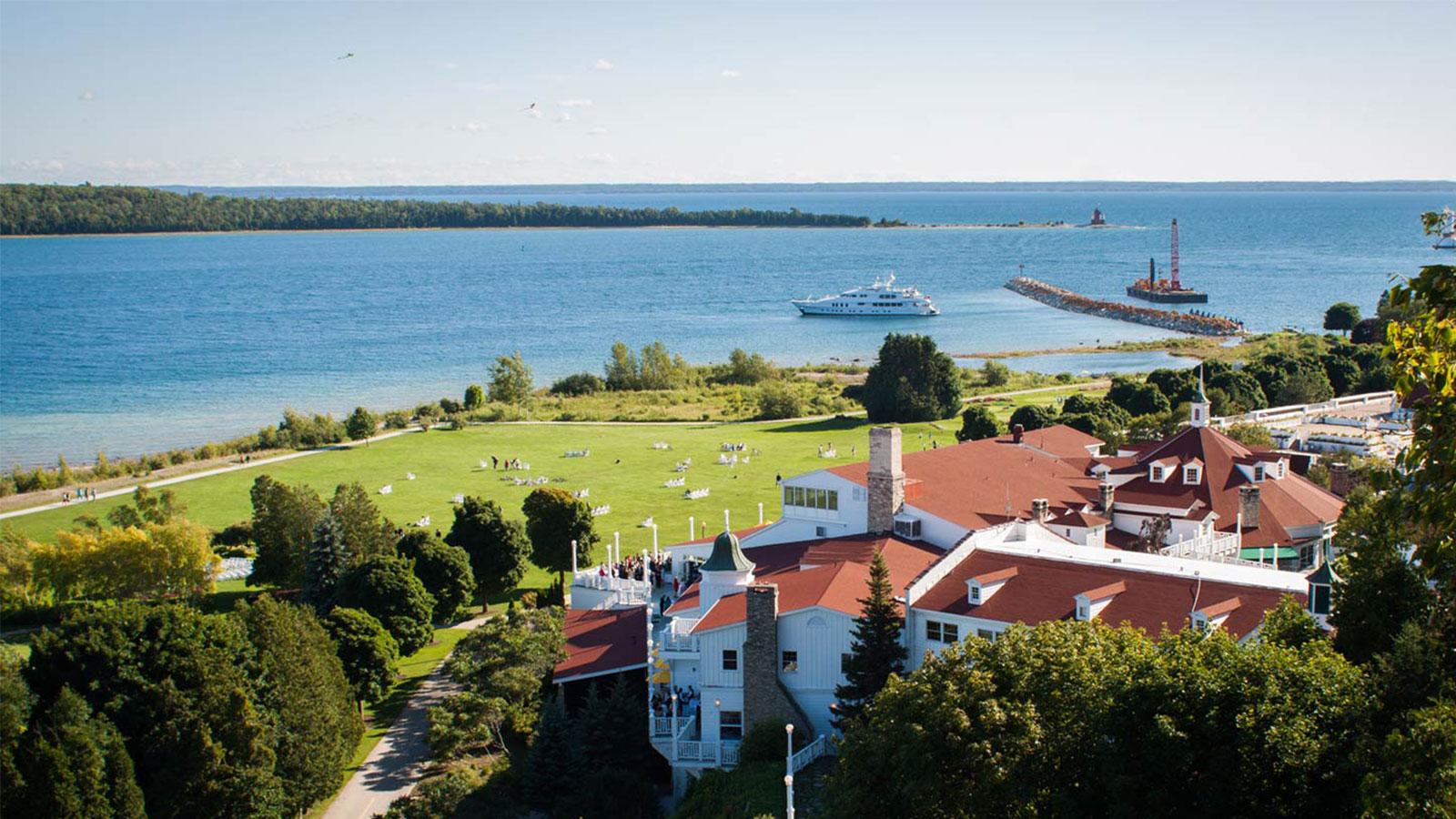 Islands are the best. Nothing truly embodies getting away like riding a boat out to a beautiful island and relaxing by the sea while enjoying the island vibes. When people think about islands in the United States they usually think of one place, Hawaii. Of course, they’re not wrong to think that. Why wouldn’t they? Hawaii is one of the most beautiful places on planet Earth. However, there are a ton of different islands all over the United States that are spectacular as well.

We have compiled a list of all the most beautiful islands all over the United States for you to enjoy on your next vacation.

Head down to the Florida Keys to visit the beautiful Dry Tortugas Islands. How great is this list? The first island destination we mention is actually seven islands! This place is home to some out of this world snorkeling and if swimming underwater isn’t your thing then you can just kick back and still experience some of the most incredible wildlife Florida has to offer. The reason the snorkeling is so good here is that most of this national park is underwater and it is also protected so that means the coral reef has thrived as of late and where there is a thriving coral reef, there is amazing snorkeling. You also can’t visit Dry Tortugas without visiting Fort Jefferson, the massive unfinished fortress that literally surrounds one of the islands that is composed of over 16 million bricks.

This island is about 25 miles southwest of Charleston and is an outdoorsy-type of person’s vacation paradise. There are tons of hiking and biking trails all over this island as well as excellent canoe or kayaking. Beautiful parks and beaches cover this island, as well as unbelievable golf courses. Keep your camera at the ready because you can catch a glimpse of alligators, bobcats, and tons and tons of birds, including America’s favorite the bald eagle. Also, Dan Marino lives there, so if it’s good enough for Dan Marino, it’ good enough for you.

The Timucua tribe first settled on this island back in 2000 B.C. and you can still find parts of their history here on this island, as well as those from Spanish, French and English settlers. Not only does this island have a rich history, it’s also rich with golf courses. This island is a golfers dream but also a hikers dream as well. There are many golf courses, and there are also tons of hiking trails that weave all throughout this island paradise. If you feel like just relaxing then come hang out on the killer beaches or go sailing. The activities are plentiful on this wonderful island.

For all of you history buffs, Mackinac Island is the place for you. This island is full of Victorian houses and horse-drawn carriages. Mackinac Island will truly make you feel like you’ve transported back in time. Beautiful hiking and biking make this island a must, as well as the delicious homemade fudge.

If you’re looking for the best skiing in America, look no further than these awesome spots. 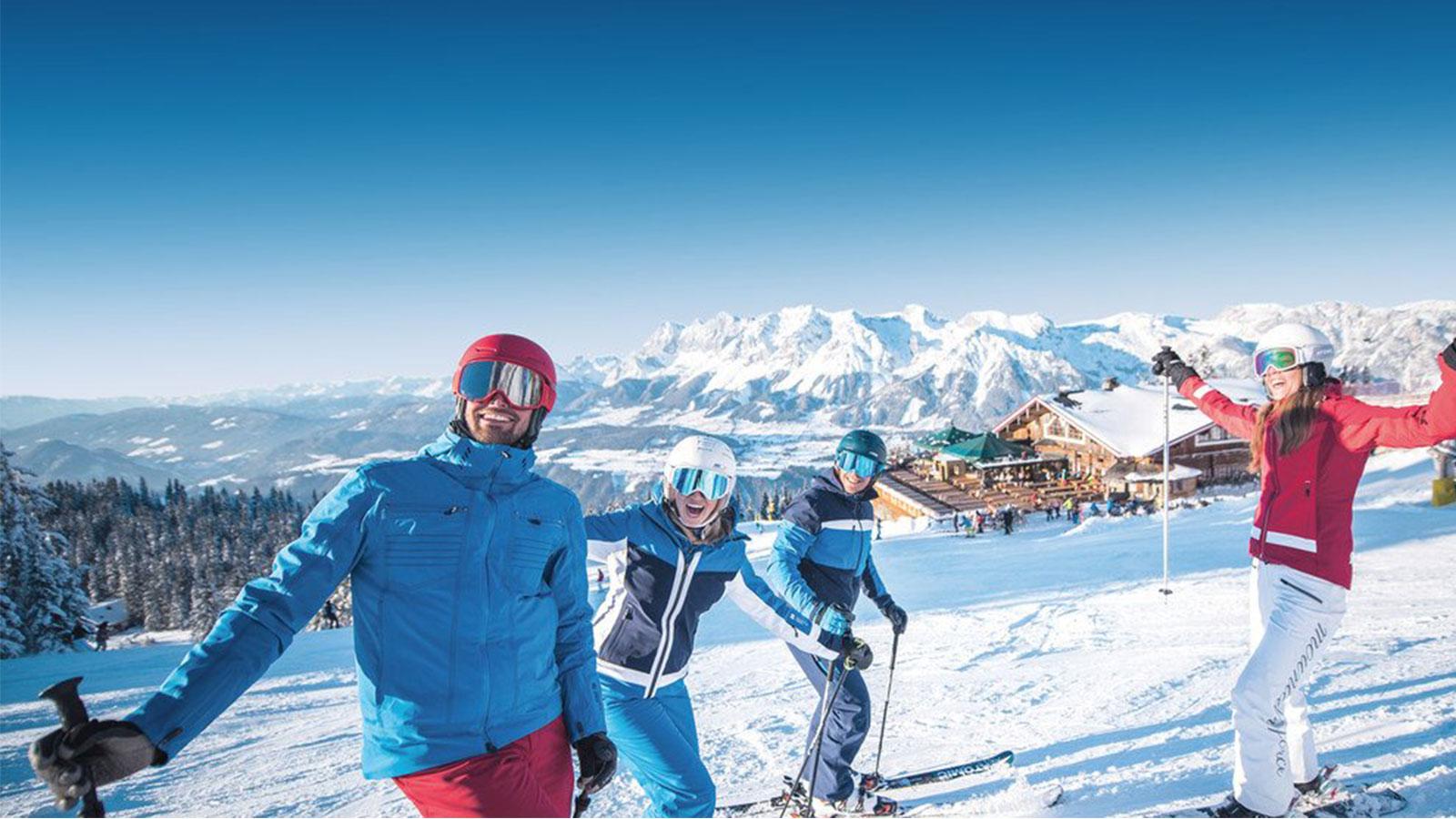 Ski season is in full swing and all across America, people are hitting the slopes for some good old fashioned fun in the snow. It’s one of our favorite past times and there are so many great places to get some good skiing in throughout the country. So if you’ve got the itch and are planning to take yourself a ski weekend sometime soon, why not do it at some of the best slopes in the country!

Here is our list of the absolute best ski destinations in America. Have you been to all of them? If not, what are you waiting for?!

People don’t often think if skiing when they think of New Mexico, but the southern tip of the Rocky Mountains finds itself in this beautiful state and allows for some truly amazing skiing. In Taos in particular, people come from miles around to navigate their unusually long and narrow slopes. But don’t worry, they still have plenty of bunny hills and more amateur-friendly runs for the less-experienced skier.

Montana is one of the most beautiful states in the country and naturally their skiing is no exception. And then best skiing in Montana is easily in the aptly named city of Big Sky. The views are absolutely incredible in every direction, including a glimpse of Yellowstone National Park itself to the southeast. The slopes here start as high as 4,350 feet and there are over 5,800 acres of skiable land. Amazing.

Placed ever so delicately just under the US-Canada border, this little ski town is as quaint as it gets. Not only is the town itself adorably scenic and more laid-back than most, but the skiing is actually pretty awesome too! And if you go at just the right time of year, you can hit the Jay Peak Resort water park after a morning on the slopes for a little surf and turf!

We stay in cozy Vermont for our next great ski spot, Stowe. It’s a little resort town that sits right at the base of Vermont’s highest mountain. And you’re not going to believe this… but it’s charming as all heck! The massive Mount Mansfield attracts adrenaline junkies from all around the world every year for its many awesome slopes. And if you want to get the full ski weekend experience, stay at the Stowe Mountain Lodge that sits right at the base of Mount Mansfield.

Plenty of people around the country like to bash on California and its residents, but there’s no denying it’s one of the most beautiful states in the country. The unique combination of perfect beaches and breathtaking mountains, all within a couple hours of each other, makes it truly one of a kind.

And in terms of just skiing, Mammoth Lakes has some of the best you’ll find in all of America. But there’s more than just great skiing there! If you’re the sight-seeing type, you have to check out Rainbow Falls in Devils Postpone National Monument. It’s pretty darn beautiful!

A mere three hours north of Boston you will find this idyllic little ski town. North Conway features an especially scenic valley and has some of the highest annual snowfalls in all the country. It’s not uncommon for the ski seasons to start in November and go all the way to May in this area of New Hampshire. So you have no excuses for not making it up there! And if you need any extra motivation, New Hampshire doesn’t have sales tax!

OK… now I know I’ve talked a lot about the most beautiful states in the country… but I really feel like Colorado has got to be in the top two. Every time I’m in Colorado I can just barely contain myself while looking in literally any direction. It’s just so, so beautiful. As for skiing in Colorado, it doesn’t really get better than Breckenridge.

It can get a little pricey though, so be sure to book your trip in advance. Believe me, it’ll be worth it!

Europe has some of the most beautiful lakes in the world and we asked our colleagues to share some of their favorites. 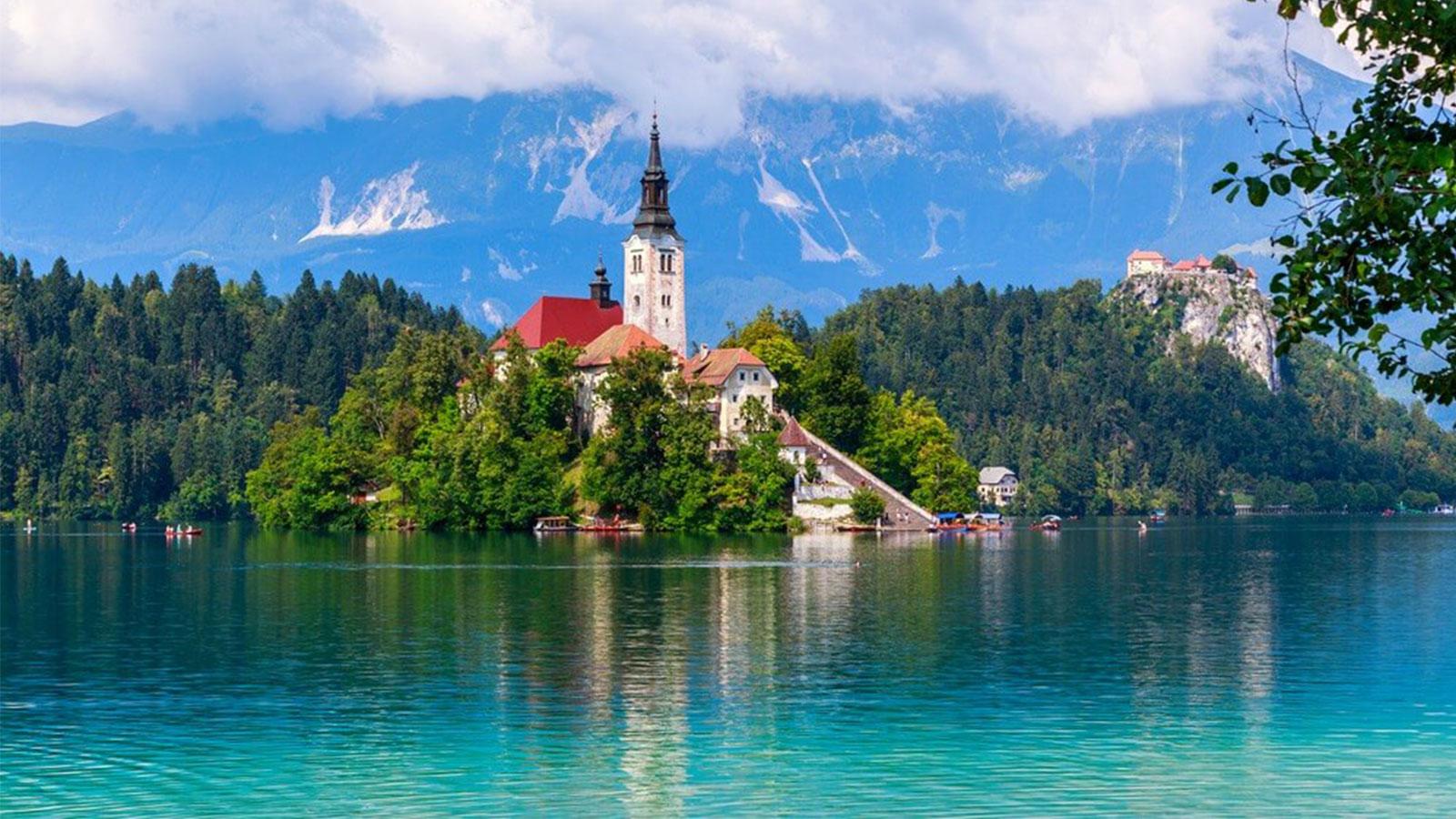 There is nothing better than spending all day chilling out in a lake. You can waterski, jet ski, ride a boat, paddleboard, kayak, whatever your favorite water based activity is, odds are you can do it in lakes (except surfing.)

Europe has some of the most beautiful lakes in the world and we asked our colleagues to share some of their favorites.

Lake Lucerne isn’t the largest lake in Switzerland, but it is definitely the most beautiful. Switzerland is known for their beautiful mountain views and Lake Lucerne is no different. The scenic landscape will leave you breathless and you will know immediately why this lake is such a popular tourist destination. This lake might be a little too cold to take a dip in, but hopping on a boat and cruising around will surely be well worth your time.

If you’re looking for a warm lake then Lake Garda is for you. This is the largest lake in Italy that is surrounded by that warm Mediterranean climate. The lake is surrounded by lemon trees and olive trees and is filled with insanely clear blue water. This is a great body of water for you to partake in any outdoorsy activity either in the water or around the water.

If you want to dive then this place is for you, but if you’re more of a mountain biking type then you can find that here as well. Lake Garda is absolutely phenomenal and should be a must on everyone’s Italian vacation.

These lakes are not to miss if you ever find yourself in Croatia. The reason these lakes are so fabulous is not just because of the amazing turquoise water surrounded by beautiful forests, but also because the lakes contain waterfalls and caves which are all marvelous to spend your time gawking at. Croatia is a beautiful country and so are the lakes that are contained within it.

Lake Annecy is where you will find what is known as the “Venice of the Alps.” If that’s not enough to entice you right there, then I don’t know what to tell you. The town of Annecy has canals that run through it which makes it very reminiscent of Venice although you’re clearly in the mountains of France and not in Italy. The French have put a lot of time and effort into cleaning this lake’s water and their efforts have definitely paid off.

This lake contains the cleanest water in all of Europe and you can tell when you stare down at the beautiful bluish green waters. Bring your swimsuit and take a dip, or maybe give wakeboarding a try. Whatever you want to do in this lake, it is available to you, making this a must-see destination.

Everything That Makes South Africa An Amazing Vacation Destination

The Many Joys Of Holiday Travel With Kids