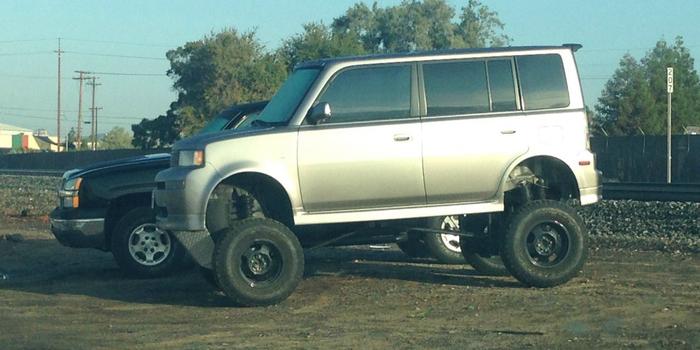 Welcome to the future friends, a world where women are peeing standing up, people are sleeping like ostriches and farts are now odorless.  The world of travel gadgets is getting insane and I’m diving in head first. Ok, I’ve now officially seen it all, these… 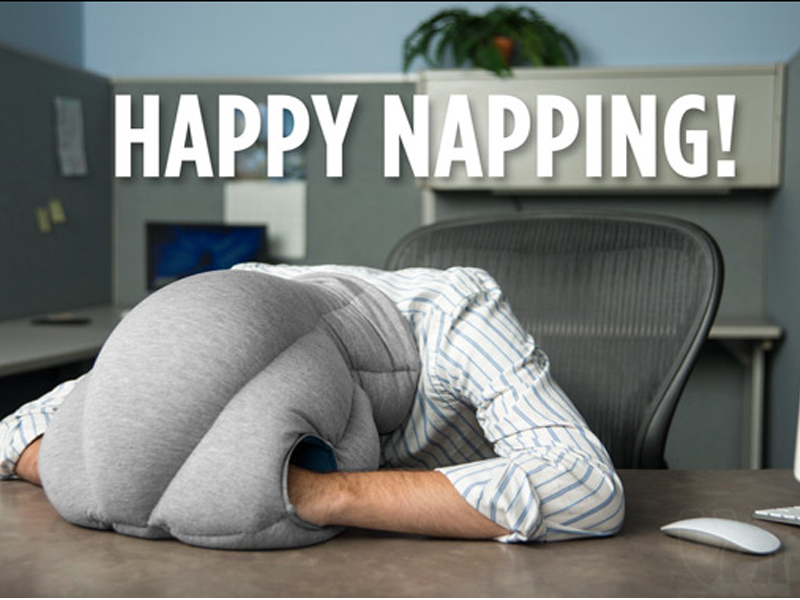 Welcome to the future friends, a world where women are peeing standing up, people are sleeping like ostriches and farts are now odorless.  The world of travel gadgets is getting insane and I’m diving in head first.

Ok, I’ve now officially seen it all, these gadgets inventors now have absolutely nothing left to invent. If you have spent any amount of time on an airplane, then I’m sure you have taken a gander at the Sky Mall magazine. This hilarious catalogue is a hodgepodge of weird and wacky inventions that are supposed to make life much easier, but in reality all these things do is clutter up our life.

If you are like me though, you love gadgets and can’t get enough of any new technology or cool doohickey. My wife has even implemented a plan in the event that I purchase another useless invention; I have to get rid of something if I come home with anything new. Our rule is simple, something comes in: something else needs to go. As a man who loves gadgets, my house is a continuous revolving door of funky products and useless inventions.

I’ve scoured the internet for ridiculous travel inventions and I’ve compiled my favorites here, I hope you enjoy.

I was first alerted of the Knee Defender in a news article about an air rage incident where a fight broke out over legroom. The airlines have been reducing the legroom on their flights for decades and now the passengers are literally starting to fight back. The Knee Defender is a pair of small pieces of plastic that restricts the amount an airplane seat can recline. This gadget actually attaches to the seat in front of you at the bottom of your tray table and the passenger ahead of you won’t know why their seat can’t recline. This is obviously a fight waiting to happen.

I see the perfect scenario where an airline passenger has had a few cocktails to relax and the person behind them attaches the Knee Defender without their knowledge and when the intoxicated person attempts to recline their seat, a huge argument occurs. A fight breaks out between the two while the plane is in flight and it now has to make an emergency landing, both passengers are taken to jail and the Knee Defender gets lots of free publicity. Then the Knee Defender will probably go on Shark Tank and Mr. Wonderful; will buy into it because he is a horrible person and terrible people all over will but them.

The Knee Defender seems like an invention for passive aggressive people all over the globe, probably going to sell a million of these things.

This next gadget actually has some merit and grabbed my attention immediately.  It’s no secret that planes are fart zones; the constant noise makes farting a breeze, but the smell will get you caught every time. Now the all-new GasBGon Flatulence Odor Control Seat Cushion is here to help with your stinky farts.  The name could use some work, maybe try something shorter and something that isn’t 6 words, geez.  This handy little seat cushion also doubles as a fart barrier so the smell doesn’t affect all the other passengers. I honestly don’t know anyone who would buy this thing, because once the fart leaves my behind, it’s not my problem anymore.

This is the country that went crazy for the pet rock and the shamwow, so who knows, maybe this will be the next Furby. I’m still bewildered by the actual technology behind this, but i hope for all our sakes that it works.  Talk about revolutionizing our world with this gadget, this is like sliced bread or the wheel.

I thought this was a joke until I actually did some research. The GoGirl is a real product and has been around apparently for years. I first heard of this gadget on the Howard Stern Show so I obviously assumed it was a bit for the show, boy oh boy was I wrong. It’s basically a female funnel that the woman uses so she can urinate standing up, solving an age-old problem. No more sitting down or squatting behind a tree for you lady adventurers. No word on what you do with the GoGirl once it’s been used, although I would toss it in trash, seems wasteful to me.

I’m all for female empowerment and if they want to strand and pee next to me at a urinal, cool.  Welcome to the club ladies, just keep that thing away from me, it seems quite unsanitary.

The Ostrich Pillow is an odd looking device that is apparently supposed to help with sleeping in public.  The problem with this invention is it looks so ridiculous, how is this going to help you feel more comfortable sleeping in public?  The pillow is made to reproduce the way an ostrich sticks its head in the sand to sleep. I for one have never dreamed of sleeping like an ostrich, but now I can. With holes for your arms as well as head, the pillow is certainly going to turn heads in airports and train stations all over the world.

The infomercial does look pretty sweet for the Ostrich Pillow, which can double as a horrifying Halloween costume.  Check for it next time you want to scare a child or sleep like a big bird, maybe you can nap on Sesame Street.

This is just the start to all the insane travel gadgets I’ve found online, so expect more articles to follow with more goofy items from around the web. 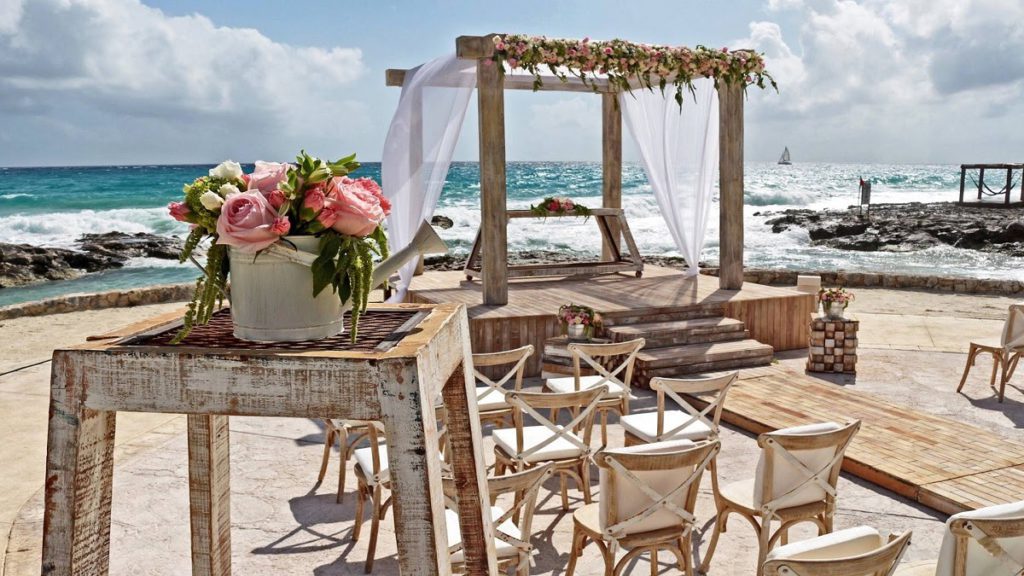 One of the most affected industries due to the unprecedented COVID-19 pandemic is tourism. To offset the heavy financial loss, a few places like Mexico and those in the Caribbean recently reopened their borders to tourists.

Mexico, along with other places in the Caribbean, is a favorite pre-COVID-19 vacation destination for a number of tourists all around the world. So, to enliven the tourism industry once again, they created the trending hashtag, #Come2MexicanCaribbean (and its Spanish equivalent, #VenAlCaribeMexicanoX2) to promote post-COVID-19 tourism in these areas.

To further strengthen this campaign, would-be tourists are encouraged to remember their memorable visits of the Mexican Caribbean region and the different things they might like to do there in the future.

The said contest awards a lucky tourist with a 20 years’ worth of yearly vacation to the Mexican Caribbean area combined with a 5-night, all-inclusive stay in any of the 4- or 5-star coastal resorts there.

The competition is sponsored by several tourist hotspots including those of Cancun, Isla Cozumel, Isla Mujeres, Playa del Carmen, Riviera Maya, and Tulum. It is also backed by top hospitality developer Atelier Group and the Quintana Roo Tourism Board.

How to Join the Competition

The contest begins on 9 November and ends on 27 November 2020. Entrants should be able to post their entries within the given period.

You can also read the full terms and conditions of the said competition here. You may also visit en.come2mexicancaribbean.com for more information regarding the contest.

Mexico’s tourism industry comprises 8.5% of the nation’s overall GDP. Last year, an approximate of 24 million tourists visited the North American nation. Despite reopening its borders to visitors in July, the country’s roster of resorts and hotels still find it difficult to alleviate the effects of the lengthy lockdown imposed by the government earlier this year. The rapid increase in COVID-19 transmission is yet to slow down and the government aims to find more effective ways to flatten the curve.

The #Come2MexicanCaribbean aims to remind travellers of the country’s long-held tourist industry and the enticing spots that used to be go-to vacation areas in the region. It is their hope that by doing this initiative, the height of tourism will come alive again once everything goes back to normal.

Travel is a good thing. I’ve encouraged people to do it in countless blog posts. But, in the rush to get people to travel, we often over look the negative impact of it. We talk about how travel can be a force for good- breaking… 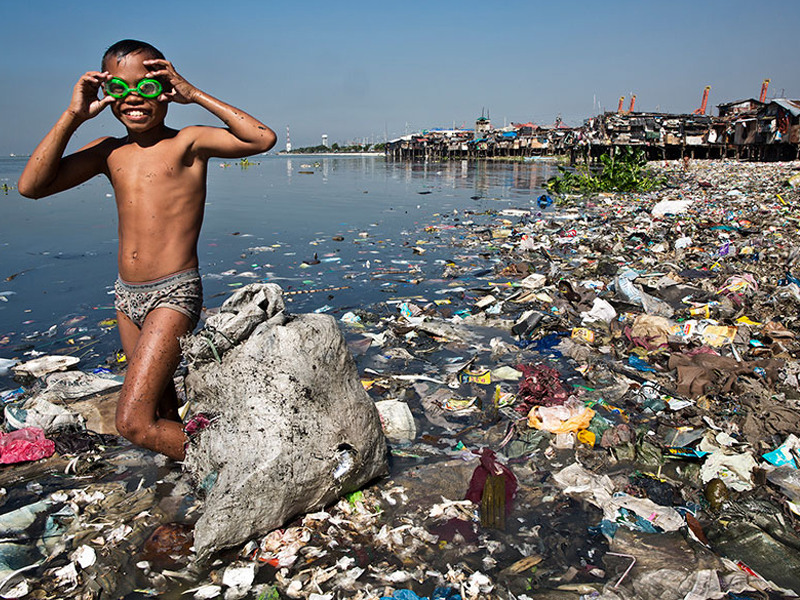 Let me preface this by saying that I’m not against travel, I write a travel blog for Pete’s sake. I have been telling people to drop everything and travel, and in my haste I’ve neglected to mention the possible environmental implications. Travel makes people better for doing it and that is a great thing, but we don’t talk about the repercussions to said travel. So, the question asked is; do we travel too much and is this travel adversely affecting our planet?

If you are a reader of mine, then you know that I constantly push for people to travel, so this will sound out of character but these are my reasons to not travel.

The increased technology and constant metaphorical shrinking of our planet, we have created less cultural identities. We used to travel to explore new things and see corners of the planet yet seen by our eyes. But with technology, we have seen the planet from our computer and TV screens, so what are we exploring? Now with traveling to distant cultures we are inevitably bringing our culture with us and in so devaluing others. McDonalds are popping up all over the world so we all can be destroyed together.

Tourist traps are ruining our planet one trinket at a time. It’s sad when cultures are simplified down to some terrible stereotype that we have created to sell T-shirts. Originally people traveled to see parts of the world and experience different cultures, and now these experiences are being manufactured for our pleasure.   Children are being forced to accept that their reality is now selling trinkets and playing a part in some traveler’s fantasy of a culture, it’s sad.   It’s more of a problem of our planet’s globalization rather than anything else.

Travel essentially destroys local economy by taking the tourist dollars and funneling it all to corporations. Locals don’t own the big hotels, huge conglomerates do and they profit form cultural destruction, essentially.

Travel is terrible for the environment and we don’t seem to care. More people are flying, driving, eating, shopping etc than ever before and our waste is just piling up. We constantly consume and consume but never really stop to think about what our excess usage really does to the environment.

Tourism is centered on striking while the iron is hot, meaning that its not worried about the future, it’s all about the now. You see it in history and its repeating it self now. Towns go boom or bust with tourism and when that bubble burst, the town is left holding the bill. Look at the Salton Sea; it’s a tale that is all too familiar. A small town is suddenly thrust into a feeding frenzy of tourism money, then when the tourists stop coming, the town suddenly dies. The Salton Sea was a California hot spot in the 60s and 70s and now it’s a desolate ghost town.

Don’t make this stop you from traveling but allow this to open your mind while traveling and think about the possible repercussions of your actions. Maybe if we travel more consciously, we can fix our planet.

Check out the original article at Nomadicmatt

Photo courtesy of BoredPanda and FoxNews