If you want to do Vegas right, then you have to hit up the nightclubs. And thankfully for you, I have compiled a list of the best nightclubs on the strip. 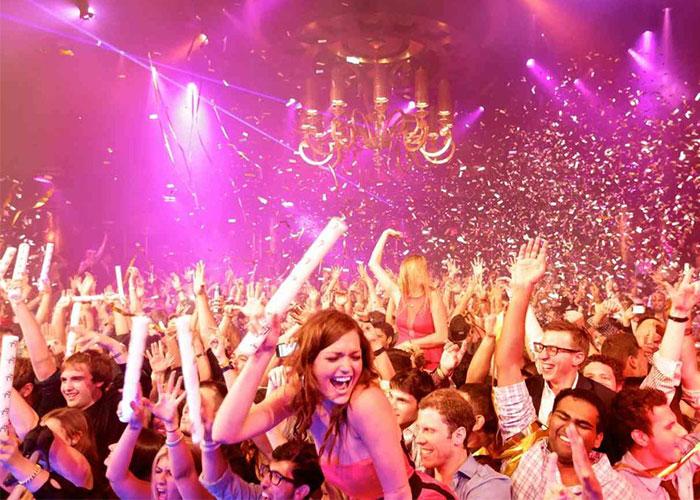 Let’s not beat around the bush here… if you’re going to Vegas you’re probably going to party. It’s one of the best reasons to go to Vegas! So if you’re looking to not get much sleep and get as wild as humanly possible, then you’re definitely going to want to check out these best nightclubs in Las Vegas.

Hakkasan is easily one of the biggest nightclubs in Vegas. So that’s a big win right off the bat. But it also has five, that’s right I said five separate levels! Two of those levels are restaurants, but still… five levels! This allows them to offer different experiences like the quieter Ling Ling Club and the rave-worthy mezzanine. Also, it’s probably the best place in Vegas to be on Halloween. They give away over $20,000 in cash prizes for costumes!

MARQUEE NIGHTCLUB AT THE COSMOPOLITAN

If the only thing you’re looking for when it comes to partying the night away in Vegas than the Marquee is definitely the place for you. They have one of the most legendary and popular main rooms of any club on the strip. They consistently bring in some of the best DJs and have a ridiculously cool light and visual effects set up to go along with the music. This place was definitely designed for the true ravers out there.

First of all… it’s at Caesars, so, duh. of course it’s one of the best. But the club itself is truly a sight to be seen. It’s got two levels so there’s plenty of room for everyone to rage the night away. Plus the epic chandelier is the thing of legends. It practically looks like a spaceship when you look at it from the dance floor. Not to mention, this place frequently gets big-name DJs like Calvin Harris, and the one and only Justin Bieber spent his 21st birthday here. So you know it’s worth it.

DRAI’S BEACHCLUB & NIGHTCLUB AT THE CROMWELL

Drai’s is one of the hottest clubs in all of Vegas because of one very simple reason: they keep their pool open after dark! Most other clubs and casinos can’t say that. They also have an incredible 75+ bottle-service tables. So if you’re looking to really party in luxury then this is the spot for you. They also provide awesome light shows and amazing dancers in crazy outfits at every corner. This place is legit.

XS is a nightclub who’s design was literally inspired by the curves of the human body. So if you’re looking for some sexy bodies and close dancing that you should definitely hit up XS. They also have an awesome European pool outside. So you can go back and forth between a great dancing area with lasers and pyrotechnics, and the chill vibes by the pool outside. Oh, and if you’re a lunatic with money to burn, they also offer a $10,000 cocktail that comes in a jewel-encrusted glass.

TAO AT THE VENETIAN

This place was completely groundbreaking when it first showed up. It’s three stories and covers a ridiculous 60,000 square feet of the Venetian. If you want the classic EDM experience, the main room is your spot, while the Opium Room is great for classic hip-hop. This club also features a series of rose petal baths complete with bathtub models! it doesn’t get much more Vegas than that.

HYDE AT THE BELLAGIO

Hyde nightclub is definitely for the more dignified partier as it’s one of the classiest spots on the strip. It’s never going to be your best option for going crazy to some great dance music, but it is one of the best when it comes to great seating areas and great service. Don’t get me wrong, they still bring in DJs and you can definitely get your dance on while you’re there. But this place is all about comfort and experience as it also offers an awesome view of the great Bellagio fountains.

We did the research and asked our colleagues and found all the most boat-friendly cities in the world so you can sail away all day. 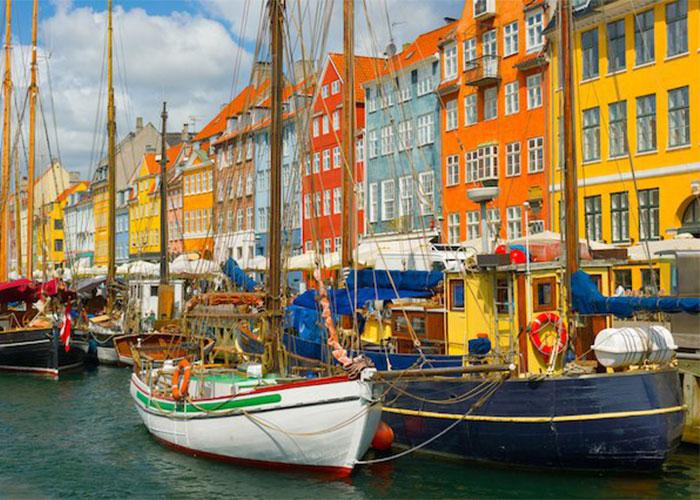 Some people live in towns that are stuffed full of traffic. They spend day in and day out commuting to and from work. So when it comes time for vacation the last thing they ever want to see is a car. That’s understandable, but where can you travel to that will be relatively car-free? What other forms of transportation can add some wonder to your trip instead of dread?

Well, boats of course! Boats are relaxing to ride on and add a level of romanticism to wherever you visit. The only problem is most people have no idea what cities to go to if they want to spend more time on boats than in cars. Don’t worry, we did the research and asked our colleagues and found all the most boat-friendly cities in the world so you can sail away all day.

The serene quietness of the town around you will be very noticeable and not in a bad way. You will be able to relax and enjoy the wonderful scenery all while enjoying a utopian level of quietness that will really help you relax.

This town is known as the “Pearl of the French Alps” and when you enter Annecy it is very easy to see why. You will feel like your smack-dab in the middle of a fairy tale when you boat down the two canals that run through this town, just make sure to stop at a cafe or two along the way for a delicious cup of coffee.

The stunning surroundings of the canal will truly make this a trip to remember and you will wonder why more people aren’t talking about the unbelievable beauty that is the “Pearl of the French Alps.”

Bangkok does have cars and tons of motorcycles, but if you want to get away from all that then hop on a boat in the tons of canals that run all throughout this giant city. The river has always been a great way to get around the city. While they may be a little bit dirty, that shouldn’t deter you. They’re still beautiful windows into the unbelievable past that makes up wonderful Bangkok.

Head over to China’s Hunan Province to visit Fenghuang and marvel at how green the beautiful water is that this town is centered around. You can sit and stare at the beautiful water and travel it all by boat as well. If you’re feeling a little more daring and boats are starting to get boring then attempt to cross the river by foot as there is a bridge of stones that you can walk across, just make sure you can keep your balance.

Whether you’re a first-time camper or an old vet, use these tips to properly pack your backpack so you can hike to your destination quickly and comfortably. 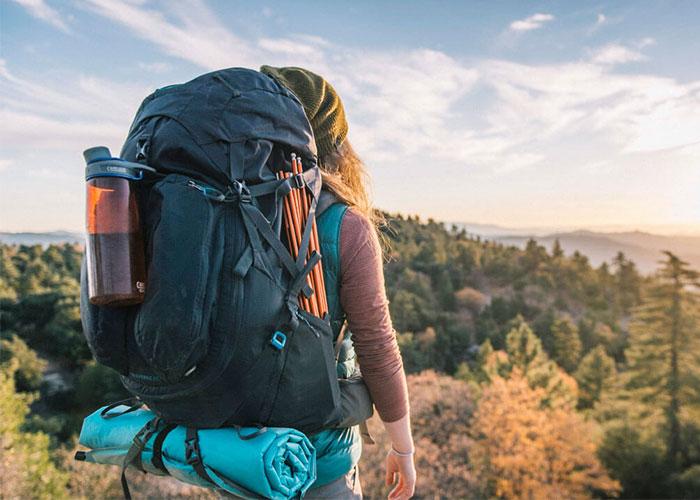 When you’re about to head out on a camping trip the most important thing you can do is pack your backpack and pack it correctly. When you’re on the trail you will be thanking yourself after you have packed your bag correctly.

But if you have packed a little haphazardly then half way through trekking to your destination your back will hurt and your ears will hurt too from all the pots and pans that you left to clank over and over again with each and every step you take. You don’t want something to poke you in the back, and you don’t want the weight unevenly distributed.

Whether you’re a first-time camper or an old vet, use these tips to properly pack your backpack so you can hike to your destination quickly and comfortably.

If your backpack is not balanced then your back will start to hurt wherever the majority of the weight lies. Or, even worse, you could fall down a hill when you take an awkward step because when the weight is unevenly distributed it could swing one way and lead to you losing your footing.

Start by putting the heavy items close to your body while making sure that nothing hard or pointy will be jabbing your back all hike long. Think about making a barrier of soft stuff all along the outside of your backpack with the hard stuff in the center.

If you pack up stuff that you are going to want to use on the trail just make sure you won’t have to completely unpack your entire pack just to get it. Don’t jam your water bottle on the bottom of your backpack underneath your camping stove. You don’t want to have to unpack everything every time you need a drink.

Keep sunscreen, medical supplies, snacks and headlamps in places that you or a friend can get to quickly and easily. Think of everything you might need and keep it in a convenient place so you’re not spending your whole camping trip regretting not being able to get to necessities like your sunscreen.

Before you leave, make sure that you check the forecast so you can properly prepare for your hike ahead. If it’s going to rain halfway through your hike then you’ll want to be able to quickly be able to grab a raincoat. If it’s going to be super hot then you’re going to want to keep your sunscreen close. Knowing the weather will lead you to know how to pack. Knowing how to pack is the best way to pack for a trip successfully.

If you are bringing liquid fuel on your trip then make sure it is sealed and it is packed somewhere safely where it will not open up during your hike. The last thing you want is to be covered in liquid fuel on your hike because even if you don’t catch yourself on fire you still will not enjoy the smell. Trust me.

The Best Fall Festivals In The Country

The Best Spots In Europe For A Fall Getaway

The Mysterious Case of the Green Children of Woolpit