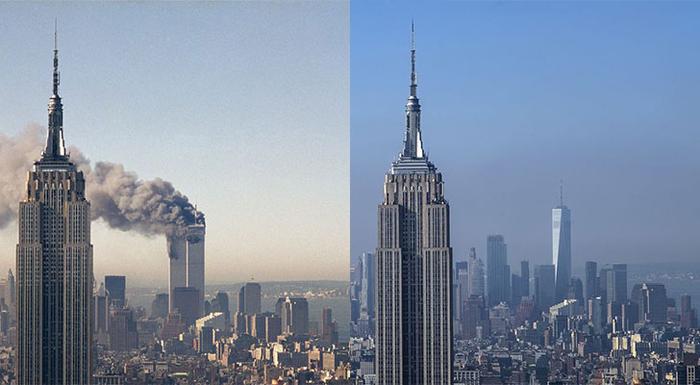 There are a lot of myths out there about the Caribbean. And we’re here to debunk every one of ’em! 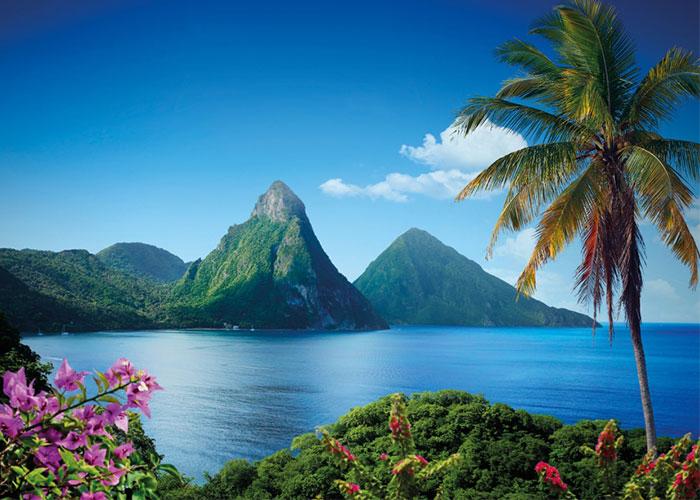 When you hear “the Caribbean” what do you think of? Most people stop after pirates and nice beaches. And while there are plenty of beautiful beaches in the Caribbean, you certainly won’t be running into Jack Sparrow while you’re there. And that’s just one myth about the Caribbean!

There are actually a lot of other myths and assumptions floating around these days about the Caribbean. Some of them are true, and some of them are most certainly false. So we thought we’d help you out and break down the more common myths that are definitely not true. It’s time to learn the truth and put the Caribbean back on your list of future vacation destinations!

I think many people assume that, because it’s an island getaway kind of place, the Caribbean must be expensive. Just getting there must cost a fortune because it requires landing at weird airports or traveling by water. And for some places in the Caribbean, this can be true. But there are plenty of options that are pretty cheap!

If you fly out of Fort Lauderdale on Spirit Airlines, you can find flights as cheap as $200. And as long as you visit in the quieter seasons, it’s very easy to find cheap enough lodging. Not to mention, in places like Cuba and Haiti, the exchange rate will make you feel like a millionaire with all those precious U.S. dollars!

YOU HAVE TO HAVE A PASSPORT TO VISIT

Nope! You definitely don’t need a passport to check out parts of the Caribbean. Specifically, Puerto Rico and the U.S. Virgin Islands are official U.S. territories. So you can take a trip to either of those same as you would take a trip to visit Grandma in Ohio! It’s starting to sound pretty easy, isn’t it?

Another common assumption is that it’s basically impossible to hop from one island to the other. At least in terms of cost, let alone anyone actually having the physical ability to do it. But this couldn’t be farther from the truth. There are a bunch of ferries that go from one place to the other that can give you a round trip for the same cost of a cheap flight.

And if you have a few extra bucks, it’s really not that hard to charter your own boat! There are plenty of catamaran owners in the area that are more than happy to take a lower-than-you’d-think rate to take you and your family or friends around the Caribbean. And especially if you’re with a group of friends, splitting the cost will make it feel like you’re practically a pirate yourself.

Come on now, people… you’re smarter than this! Of course, there are still lively communities and culinary traditions in the Caribbean! So, while relaxing on a beautiful beach is probably at the top of the list of things to do while you’re there, there is still plenty of other things to enjoy in many parts of the Caribbean.

There’s the annual Carnival in Trinidad, The St. Lucia Food and Rum Festival, the Barbados Concorde Experience (where visitors can experience what it feels like to fly a French jet), and the amazing Museum of Art in San Juan, Puerto Rico. So don’t be so foolish as to assume the Caribbean is only a bunch of beaches.

THE HURRICANES IN 2017 BASICALLY DESTROYED IT ALL

While it’s true that the numerous hurricanes that hit the are in 2017 did their fair share of damage, the Caribbean is still alive and well. There are plenty of hotels that have still unfortunately been unable to reopen in places like Antigua, Barbuda, Dominica, and Puerto Rico. There are plenty of others in places like Aruba and Jamaica that were basically untouched.

And even places like St. Barts that were hit pretty hard have seen many of their local business rebuild and reopen and are quickly returning to their former glory.

What else do you need?! It’s as good a time as any to visit the beautiful Caribbean. Because it’s always been a good time to visit the Caribbean!

Why You Should Live in the Rivertowns 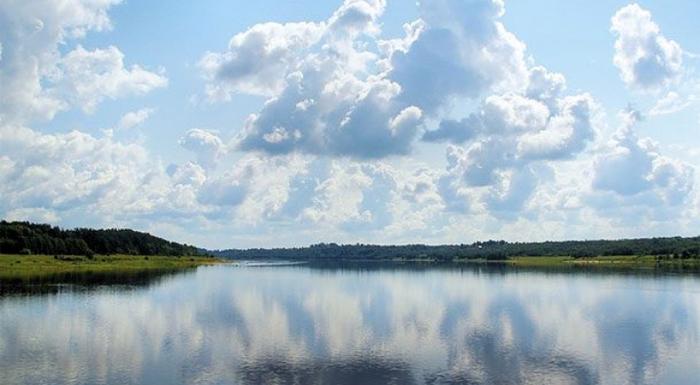 If you’re looking to escape the hustle and bustle of New York, a quick jaunt upstate to the Rivertowns is the perfect place. The Rivertowns, straddling the Hudson River, is a collection of picture-perfect villages that combines laid-back living with the convenience of amenities and easy transport options.

The Rivertowns in Westchester County consist of cozy and picturesque towns. It is resplendent with typically 19th-century architecture, stunning views of the river, and thriving centers full of creative and artistic individuals. As more people look to make the break from urban living in New York and trade skyscrapers for tree-lined streets and spacious homes and gardens, interest in the Rivertowns has grown.

In this blog post, we will look at four communities in the Rivertowns to consider moving to. If you’re looking for a quaint and historic community in which to raise a family, grow old in comfort, or get back to nature, you’ll find it all in the Rivertowns.

Ossining features a wide selection of houses, from historic to new constructions. Whether you are a first-time homebuyer or looking to upgrade or move location, Ossining has it all.

A 40-minute train journey from the city, Sleepy Hollow is known worldwide for its connection to The Legend of Sleepy Hollow by Washington Irving. A mixture of new constructions and historic homes, the charming community is popular with creative types, history buffs, and people looking for a more laid-back environment that is still close to New York.

The city’s sixth borough, with a population of around 200,000, has excellent education options, easy transportation to Grand Central, and recreation options (including Untermyer Park). The largest of Westchester’s cities, Yonkers has an urban feel that offers the benefits of suburban living. There is a wide mix of Victorian homes and luxury apartments on the market in Yonkers.

With a creative and environmentally conscious ambiance, Hastings-on-Hudson boasts a lively downtown and impressive views of the Hudson. 35 minutes by train to Grand Central, this community is packed full of high-regarded amenities, including restaurants and public parks. Popular for families due to its excellent schooling options, it has a close-knit population of around 8,000.

Click here to learn more about the Rivertowns and its appeal to those looking to move out of the city.

Find a New Lease of Life in the Rivertowns

Experience the benefits of suburban living with easy access to New York City. Embrace your creative and artistic side in the Rivertowns. Choose from stunning 19-century homes to new, luxurious apartments and condos.

Did you like this blog post? For other great articles on travel, living, and food, check out our blog.

This Camper That Doubles As A Boat Is A Game Changer

The future of road-tripping has arrived and it’s a camper that is also a boat. 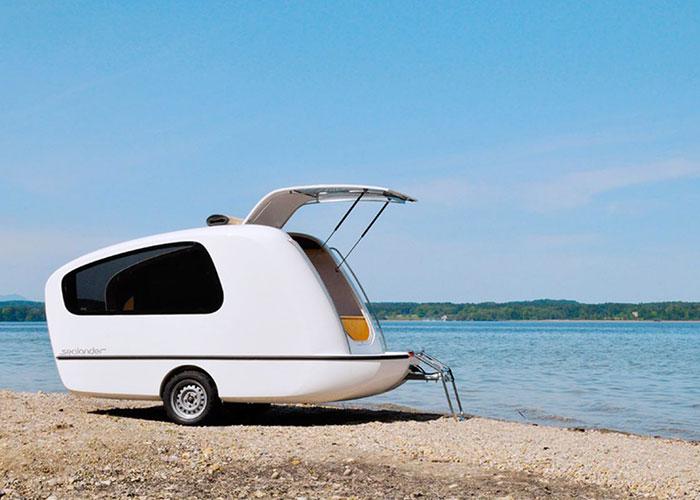 There are a lot of different ways to vacay. Some people love to travel the globe. See new countries, experience different cultures, and, of course, try new food. Some people don’t need all that and can enjoy themselves just escaping a couple hours out of town for a day or two.

Then there are those “free spirits” I keep hearing about. Those people that just jump in the car and start driving. No real destination in mind. No idea how long the latest adventure will last. More often than not these people are either expert campers… or they have an actual camper. And there’s a new one out there that’s about to blow their minds.

Introducing the Sealander Caravan. Doesn’t look like much, does it? Actually looks kind of small, doesn’t it? Well, there’s more than meets the eye with this mini camper. Because in addition to having wheels and the fact that it can easily be hitched to the back of a truck, it also doubles as a boat!

That’s right. You heard me. This thing operates as both a camper and a boat. So you can cruise down the highway and pull over whenever you like and sleep in your camper. Or you can take that thing out in the water and have a beautiful candlelit dinner with your sweetie in the middle of a lake.

While on the water it’s controlled by an outboard motor and can go up to 20-25 miles per hour. And the inside is practically a transformer. There’s a bench and table configuration that can accommodate seating for four. Then you can remove the table and fold out the benches to make a bed that easily fits two people. You can even get yours upgraded to include a bathroom and cooking utilities!

Now I know what you’re thinking. How much does this brilliant invention cost? Well, it’s actually pretty reasonable! The most basic model runs at around $17,000. And then the price will obviously go up from there as you customize and add more features.

And that’s not all! While you need a special license to drive most boats, there is no special license required to take this beauty out on the water! It meets all safety requirements for both land and water around the world. Be right back, I’ve got to buy one of these like now!