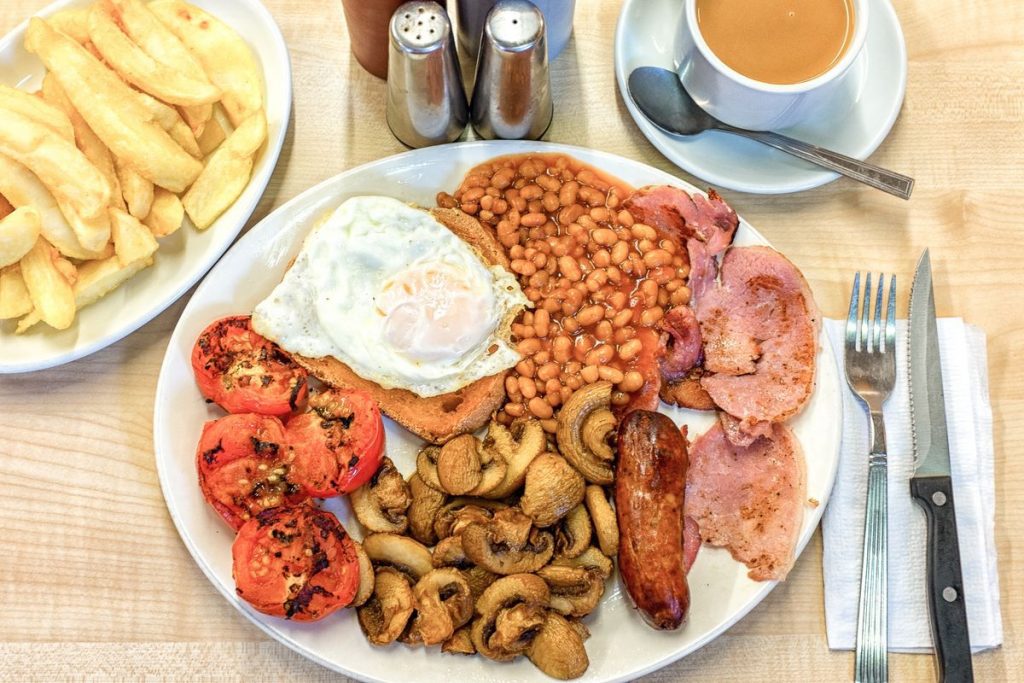 Before we begin to dissect the secretly tasty dishes of British cuisine, we should probably preface that most of the confusion and mockery arises from the oddly-translated terms – but that’s just our opinion. After we make our way through a few of the Brit’s favorite dishes, feel free to make your own opinion – just try to be fair!

To avoid too much salivation, we might as well start!

Let’s get started with that tasty looking breakfast, full of protein, delicious fat, and a day’s worth of carbs, all in one meal. A standard full English breakfast includes bacon from a pig, scrambled, fried, or poached eggs, fried or grilled tomatoes and mushrooms, buttered toast, and sausages. If you really want the proper English to English translation, sausages are known as bangers on the other side of the ocean. Additionally, baked beans and black pudding are typical staples of this breakfast. Lastly, black pudding is made from pork blood, pork or beef fat, and a binding cereal to hold everything together.

As an American, Yorkshire Pudding sounds like a tasty after-dinner treat. Sadly, the “pudding” part of the dish isn’t even sweet. In reality, it’s made of eggs, flour, and milk. In a sense, Yorkshire Pudding is just a fluffy bread. That being said, it’s often served with roast beef and gravy. Consider this trick-food a different version roast beef and mashed potatoes.

Here’s one of those dishes that sounds much worse than what it really is. During the earlier years of this desserts invention, Spotted Dick was often made with suet (fat) and dried fruit, taking a similar form and consistency of cake. Traditionally, shredded fat from around the kidneys and loins of a sheep were used as suet. Nowadays, the suet is often replaced by more common fats like butter. Lastly, once the cake-like piece is on a plate, the entire thing is covered in custard.

As crazy as it looks, the Shepherd’s Pie is pretty simple and straightforward. The bottom layer is composed of a meat mixture and the top layer is either a crust or a layer of mashed potatoes, the latter being more common. There is also a wide range of variations for the meat mixture. Meat or lamb is typical, but pork, chicken, fish, vegetarian, and even vegan mixtures are also possible bottom layers.

Unless I’m entirely wrong with this supposed comparison, consider British Christmas Pudding to be like American Fruit Cake. For those of you who can speak with personal experience, please speak up and suggest a better comparative dessert. With that out of the way, Christmas Pudding (sometimes known as plum pudding), is a combination of egg, fat, and spices like cinnamon, nutmeg, cloves, ginger, and other spices. Interestingly, the alcoholic content in this dish also helps prevent the pudding from spoiling as its often left to age for a month or longer.

Assuming you’re not the pickiest of eater, we hope we explained some of these unfamiliar British foods well enough so that you’re interested in trying one (or all of them)!

Scout Before You Shoot!

Giving Back While On Vacation 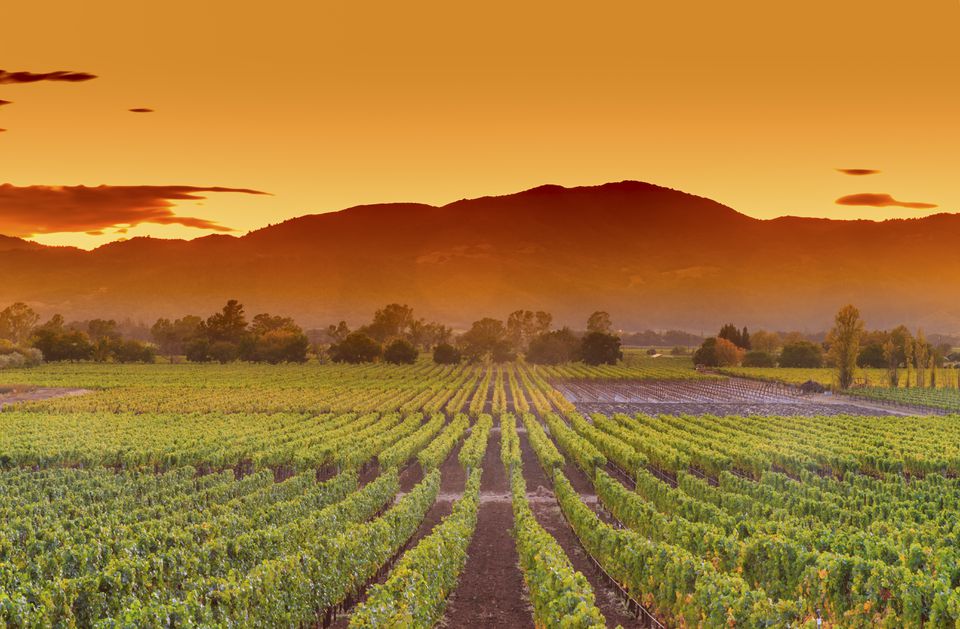 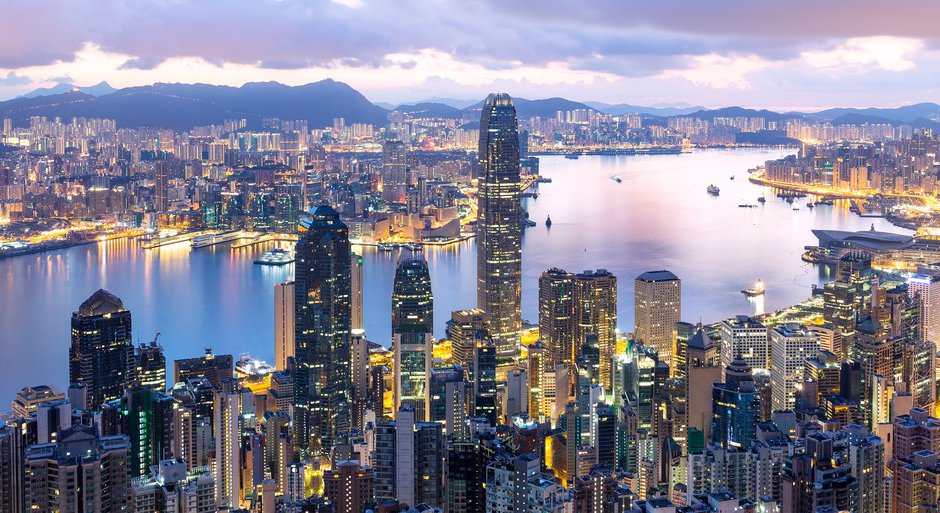 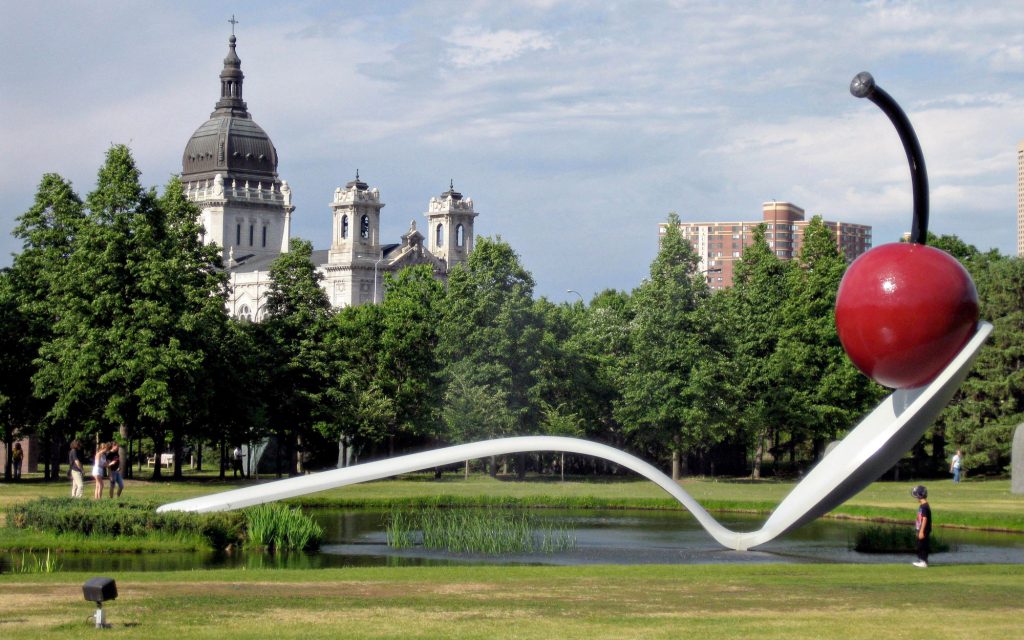 Baby Boomers Have Their Own Form Of Travel