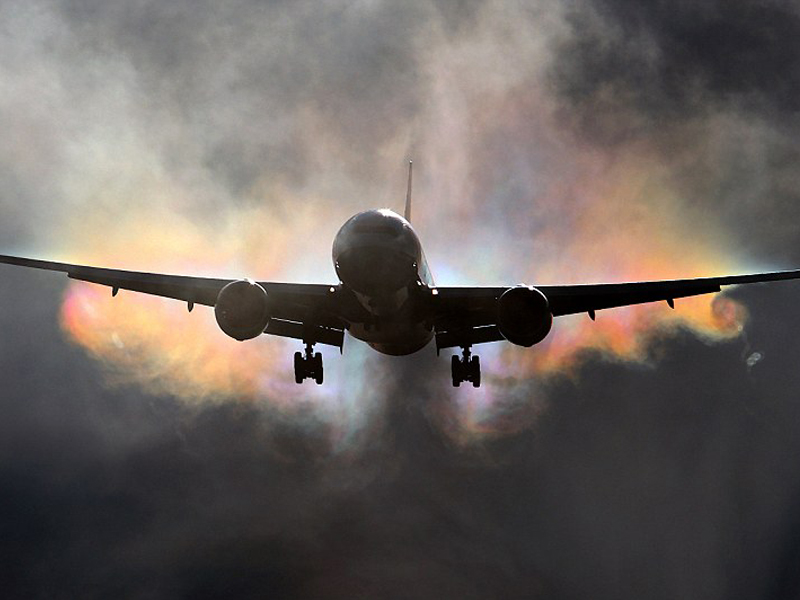 Back in 2010, I joined my first frequent flyer program. Despite having traveled around the world for close to two years, I never saw the value in signing up for one – I’d always been more concerned with price than brand loyalty, so I switched networks and carriers all the time. The lowest price always won.

Another reason I had never signed up before? All my favorite carriers are spread out over different alliances. Japan Airlines (JAL) is on the Oneworld network, while Singapore is on Star Alliance. Emirates Airline, the carrier that makes me salivate the most, isn’t on any of these networks.

Over the years, I’ve been a member of all the alliances and my opinion about these programs has changed since I first wrote about them in 2008. Last year, I wrote about why people should not be members of frequent flier programs. Sure, you should always sign up for the program to get the points, but if you aren’t flying enough to hit elite flier status, then you should base your decisions on price. Go with the lowest price and when you do get miles, exchange them for a free flight.

But if you do think you are going to fly enough to make it worth it, you should totally join a frequent flyer program. The lowest tiers in the program, while not great, usually start at 20,000 flown miles.

You can read a lot of opinions on which program to join. Some people will say to join them all, others will tell you to join the ones with your favorite carriers, and others believe you should join the one with the major airline in your home town. I’m of the last opinion. The right alliance to join is the one on which you will most likely earn elite status.

This year I switched from Oneworld to Star Alliance. I did so because I was supposed to move to Europe and the major airline out of Stockholm is SAS, a Star Alliance member. But now that I’ve moved back to the States? I’ve switched back to American, a Oneworld carrier, because they have a hub at JFK and I like them better than United, who is part of Star Alliance.

I strongly recommend that if you are going to be traveling a lot, you stick to one alliance and earn elite flier status. Your status will last 14 months, so even if you don’t fly a lot the following year, you can still reap the benefits for a little while longer.

Because there is nothing like seeing the line for security check-in and realizing you can whiz right on past it or sit in a comfortable lounge with free drinks to make the flying experience infinitely times better.

Check out the full article over at NomadicMatt

How to Pick your Travel backpack

Check out these great money saving tips so you don’t go broke taking your next vacation. 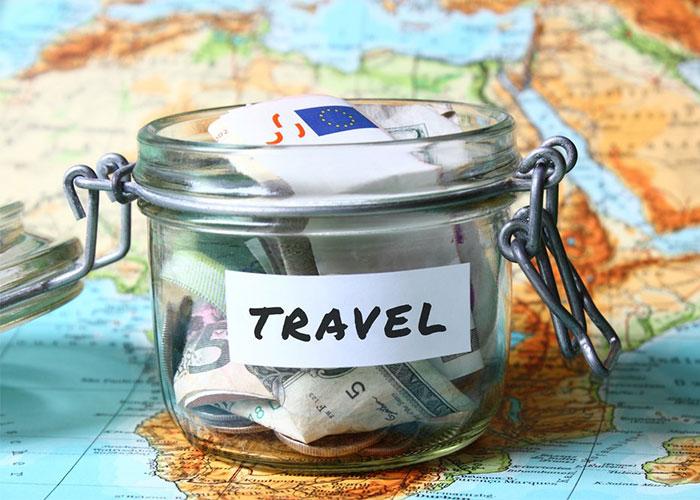 There’s really no way around it: traveling is expensive. On top of the obvious charges like flights and hotels, there will always be the little daily expenses that you didn’t fully prepare for when you were preparing for your trip. But the last thing you want to do is just not think about it and throw money around like a madman. There are definitely still ways to save money while traveling. And here they are!

I have to admit, I didn’t even really know about this “rule” before I started writing this article. But, for the most part, the cheapest flights of the week are almost always on a Tuesday. So, if you can, try to schedule all your flights on Tuesdays and Wednesdays. This can dramatically lower the cost of your vacation.

Thanks to rental services like Airbnb and VRBO the hotel industry has really taken a hit. And prices have gone way up because of it. So, no matter how bad we may feel about their declining business, they’re just not the best option anymore. You can find a great deal with all the service and amenities you need from one of the vacation rental sites. There are even a few sites that deal in “house-swapping” where you basically just stay in each other’s homes during simultaneous vacations and don’t have to pay a thing!

BOOK DIRECTLY THROUGH THE AIRLINE

Many of the flight booking sites like Expedia or Travelocity actually don’t offer as many options as are available to you if you book through the airline. There are other services like Google Flights and Skyscanner that find the cheapest flights being offered by the airlines, and then you can just contact the airline yourself and book those specific flights. It’s a little extra work, but it can end up saving you more money than you think.

A LITTLE SPONTANEITY NEVER HURT ANYONE

Sure, doing your homework and planning ahead can most certainly help you save money on a vacation. But sometimes there are last minute deals made available when airlines are just trying to fill out their flights. So if you have a favorite airline, sign up for the mailing list. This way you’ll know when they are offering really cheap flights. And if you’re in the mood to just get out town regardless of where you’re going, this is a really cheap and fun option.

Stocking Stuffers For Kids Who Love To Travel

If you’re a parent with kids who love to travel, here are some great stocking stuffer ideas to make sure your next vacation is a huge hit! 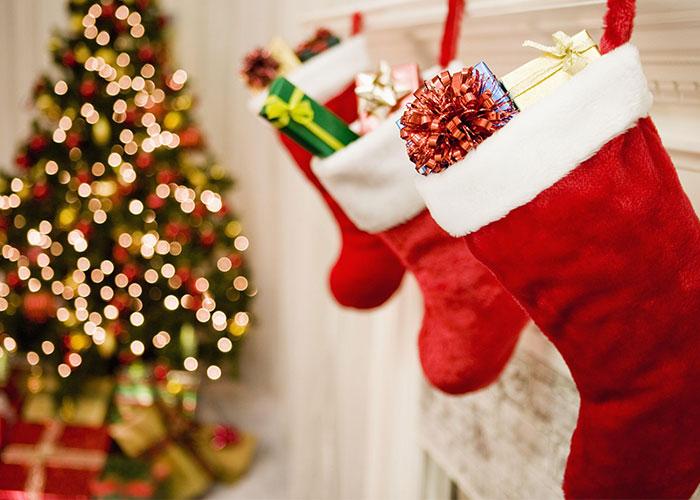 Traveling as a family can be wonderful. It’s a great way to get closer as a family and create memories that will last a lifetime. But it’s always tricky with the kids! Sometimes it seems like you’re constantly walking on eggshells just waiting for one of them to decide they’re not having fun and promptly throw a loud and public tantrum.

So what better way to keep them calm and having fun than gifts! So this Christmas season, fill your kids stocking with some of the awesome travel-oriented gifts that will surely keep them happy for months to come!

First and foremost, this is just an adorable flashlight. It looks like a little firefly! So clever. But it’s also great for the camper kid in the family. Some kids just love sleeping under the stars or in a tent outdoors. So having a flashlight is key. And giving your child their very own flashlight is a cool way to make them feel important and independent.

Just like with the flashlight, giving your child a watch is a great way to make them feel important, independent, and more like an adult than a child. Especially as it tracks steps taken, distance traveled, and sleep time. Just like mom and dad’s fit bits! Plus this watch just looks so cool. They’ll certainly love it.

This may not feel like the best stocking stuffer for your children, but they’re so easy to use and can be really fun for your kids. It’s waterproof so it’s perfect for goofy fun at the pool, lake, or beach. And if your kid is into biking, skateboard, and the like, this is the perfect stocking stuffer as it can be easily attached to their helmet and help them make awesome compilations of their adventures.

They are a little expensive though. So this is definitely for the kid that has been really good this year.

It’s amazing that these awesome headphones aren’t a much bigger deal. They’re basically just adorable and cozy headbands that also have headphones in them! Brilliant idea right? They keep your child’s head cozy and warm, allow them to express themselves by wearing some wacky, and keeps them distracted and comfortable because they’re listening to their favorite music! It doesn’t get much better than that.

I don’t know about you, but I used to love spirographs! They’re so much fun and great time killer. So if you’ve got a long flight or road trip ahead of you and you’re worried about your kids not having fun, these are a great stocking stuffer. Also, as a creative release, it’s a great mental exercise and obviously a better use of their time than just watching that movie they’ve already seen a hundred times before on a tablet.

This travel Bingo set is another great time-spender on long trips. It’s extremely simple but extremely fun. As you see any of the things pictured on the card, you flip down the marker. Then, once you have a straight line; BINGO! And just like with the travel spirograph, it forces your children to be more active and use their minds, which is always a huge plus.

Traveling can be extremely stressful and uncomfortable. These five items will help make your traveling experience an easy one.

Everyone loves (and needs) a good vacation every now and again. Getting out of town and exploring new areas is good for the soul. But the actual traveling part can be extremely stressful and uncomfortable. A lot of people are so stressed out by it that they don’t even bother traveling at all. But, have no fear, help is here! Check out these five must-haves for any and all travelers.

This may seem simple and not all that worth it, but they can make that terrible security check process so much easier. No more untying and retying your shoes. No panicking that you’re holding up the line as you do so. Just slip these bad boys on and off and you’ll be through that line in a breeze. Also, as long as your comfortable in your socks in front of strangers, going shoeless while you’re on the plane feels great!

This one is for my fellow OCD types out there. I can’t tell you how many times I’ve been lugging my suitcase around just thinking about how all that wonderful folding I had done was completely going to waste. But getting packing cubes like these completely changed my traveling experience for the better. You can keep everything organized and separated perfectly, while also maximizing your luggage space! Even the laziest and most unorganized of us can benefit from these beauties.

This might not be as necessary for any of you that run hot, but it can be a lifesaver for those of us that can’t stand how cold airplanes get! I don’t know why those overhead vents have to blast cold air at us like they do, but I’ll tell you right now I do not like it. So having a light wrap like this that is easy to keep in your carry on can make the flight so much more comfortable.

Traveling is a messy business. How many times have you gotten off a plane and felt like your face had never been dirtier or greasier? I’d say it happens to me about, oh… every single time I’ve ever stepped on the plane. Having a skin mist like this one on hand to freshen up does wonders for your skin and your mood. Everyone deserves to stay fresh! Throw this baby in your bag and thank me later.

I think we’ve all been in the apocalyptic situation where I phone dies. It truly feels like the end of the world. How will I call or text people? How will I call a Lyft? How on Earth will I post an Instagram?! Well keep one of these little lifesavers with you and you will never have to experience that terrible fear again. If you get a good one, it can fully charge a dead iPhone up to five times. Trust me. You need one of these, like, yesterday.