Vacationing is often a giant game of money Jenga. Costs keep adding up and hopefully everything doesn’t come crashing down. After all, vacations are not cheap. Normally when thinking about and planning a vacation, the big expenses are food, lodging, entertainment, and travel. While all four of these topics are researched and considered, normally travel is not budgeted correctly.

The issue with travel is that typically only getting there and getting back is considered, whether that’s flying, driving, or another mode of transportation.

What is often overlooked is traveling while actually on vacation. Depending on the trip, this can add up to quite a bit. Oftentimes, a question that gets discussed is whether or not to drive a car, be it driving out to the destination or renting a car.

Here are a few considerations when making that decision.

Driving a car gets more attractive with every additional person traveling. For example, if a car gets 20 miles per gallon and costs $4.00 per gallon, a 40 mile trip costs $8.00 for a single driver, in which case it may be worth trying to find a bus or a subway ticket. However, if the group is four people, the cost goes down to $2.00 per person. Now it seems like a pretty obvious choice to drive.

Most transportation modes are a per person charge. This includes phones, most taxis, trains, and subways.

If on a seven day trip, time is very valuable. The question is how valuable? A ten hour drive is essentially an entire day each way. If the cost to fly the same distance in two hours is $150 more per person, that needs to be considered. For some, the $150 is worth the extra day of vacationing. For others, it may not be worth it.

There is something also to be said about having car access while on a trip. Not needing public transportation or a shuttle service can save quite a bit of time, which again, is money in a way.

Safety is the biggest deterrent to driving while on a trip. Different states and countries have different laws and ways of enforcing those laws. While you may trust your own driving skills over a public taxi driver, if an accident were to happen, it wouldn’t be your problem to deal with.

If something does happen, it’s very important to have a plan, especially if you’re out of state/country. Having a good understanding of your policy and having an attorney review the policy, particularly for odd situations like out of state travel, is important.

Again, hopefully an accident never happens, but if it does, it is important to be able to move past it as soon as possible and continue on with the trip.

This was touched on previously, but there is no doubt that having a car is more convenient than any other kind of travel. There are no concerns about a train arriving on time, having a good Uber driver, or trying to understand a subway route.

A car also allows for spontaneous trips to the store at midnight, going out for a late night activity, or being okay to arrive at an event a bit late without having to look up and consider the transportation options.

The last big consideration to look at is the proximity. If staying at a Disney World Resort with no plans to really explore Orlando or the local beaches, getting a shuttle from the airport to the resort is cheaper than getting a rental car that won’t move until going back to the airport at the end of the trip.

On the flip side, exploring Los Angeles can be a disaster if you’re trying to use public transportation or shuttle services. Los Angeles is so big and the beaches are just far enough to make any transportation outside of a rental/personal car very expensive.

After all of the considerations mentioned above, budgeting different scenarios is probably the safest route to go. No two trips are going to be exactly the same. As a general rule, if the costs come out to about the same, leaning on the side of a car is probably the cheaper option because there will almost certainly be an extra taxi, a lost ticket, or a spontaneous extra stop somewhere that will cost more if not driving.

The Cheapest Travel Destinations in the World in 2020

Reasons Why You Should Visit Finland At Least Once

The Most Improper Etiquette Practiced In-Flight

Packed in like sardines, airplane travelers are subject to their neighbors unruly behavior. Let’s face it some people just don’t seem to understand simple airplane etiquette. We all have our particular pet peeves when it comes to traveling and according to Expedia’s most recent etiquette survey the biggest annoyance is the rear seat kicker.  Surveying […] 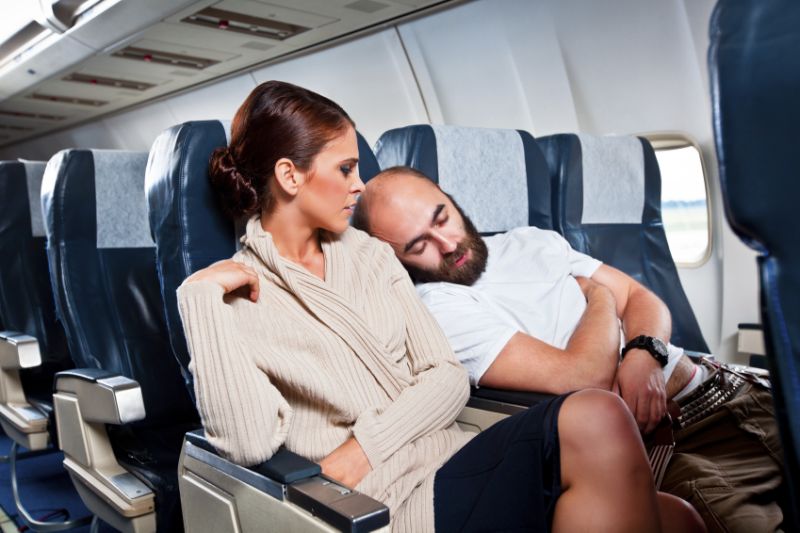 Packed in like sardines, airplane travelers are subject to their neighbors unruly behavior. Let’s face it some people just don’t seem to understand simple airplane etiquette. We all have our particular pet peeves when it comes to traveling and according to Expedia’s most recent etiquette survey the biggest annoyance is the rear seat kicker.

Surveying over 1000 people Expedia found the biggest in-flight pet peeves that every traveler can relate to. Here are the results:

Traveling can be a troublesome experience so we need to do everything we can to help make the trip more pleasant and comfortable for ourselves. On a long plane trip the Flight Attendant can be your ally in this endeavor. Flight Attendants are generally helpful and pleasant but if treated with disrespect may be disinclined to […] 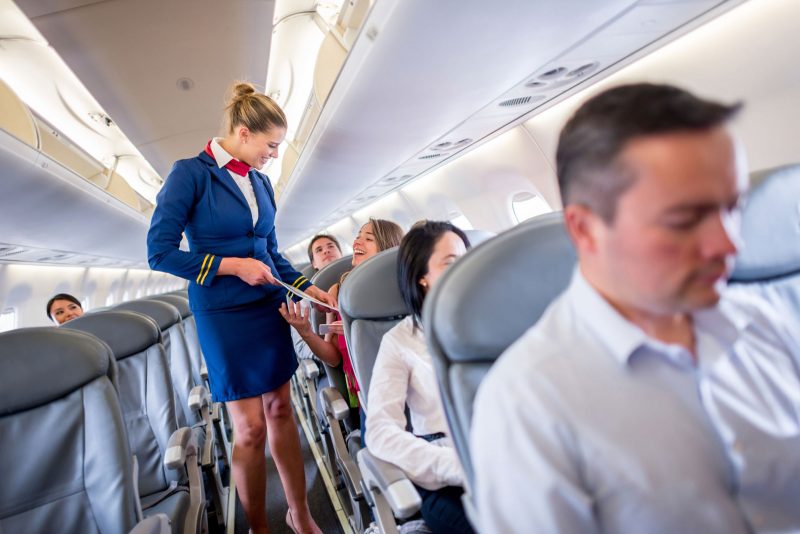 Traveling can be a troublesome experience so we need to do everything we can to help make the trip more pleasant and comfortable for ourselves. On a long plane trip the Flight Attendant can be your ally in this endeavor. Flight Attendants are generally helpful and pleasant but if treated with disrespect may be disinclined to help.

The job of a Flight Attendant is to keep you safe and comfortable and can be stressful on the best of days, but unruly and rude passengers just make the job so much harder.  From rude statements to questions that they have no way of knowing the answer to, here are some things that you never want to say to a Flight Attendant.

“I need to use the toilet before we take off.” This is against regulations, once the seatbelt light is on you must stay put.

“Can you lift my bag for me?” This is not the Flight Attendant’s job, when packing you should make sure your bag is not too heavy for you to lift.

“I’ll put my phone on airplane mode in a minute.” This is a requirement and Flight Attendants must ask you to do this. Be nice and comply

“They let me the last time I flew.” Whether or not this is true your Flight Attendant won’t appreciate this ploy. Their job is to enforce the rules, and most do.

“Can you watch my kids for me?” Flight Attendants are not babysitters and you shouldn’t expect them to be.

“Why are we delayed?” “Will I make my connection?” These are the types of questions that the Flight Attendant has no way of having the answer to. If you have a cell phone you can find those answers yourself with a handy app.

There is a trend in travel that has picked up a lot of steam over the last few years. That trend is called Eco-Tourism. As the environment has become more important to people over the last decade – and especially so in the last couple… 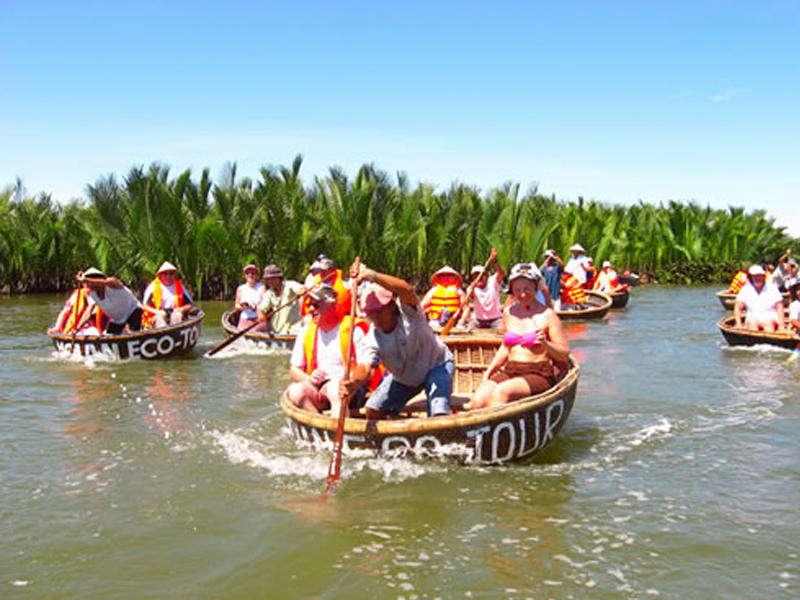 Ecotourism is a new term; something created in the last 10 years, so what does it really mean? Eco-tourism is basically capitalism’s answer to the environment and people’s growing concerns. Companies are cashing in and its becoming big business. Although the initial intent was probably good-natured, the results are usually less than favorable. The costs don’t always outweigh the means, so is ecotourism actually a good thing? Let’s find out.

Time to investigate what companies are actually trying to accomplish with their eco-tourism. The term greenwashing keeps coming up in my research and it’s a pretty interesting phenomenon. Apparently, greenwashing is an attempt to appear as being eco friendly. Seems like a pretty lame thing to be involved with, but you’d be surprised at how many large corporations actually are involved in greenwashing.

Many if not all of the major hotel chains are now putting placards in their rooms that inform guests that they respect mother nature and because of this they don’t wash the linens every night. This comes off as a great thing that a large corporation is doing. But in reality they are greenwashing us all by using the environment to service their own needs. It’s obvious to me that these companies are only doing this because it saves them an enormous amount of money and they look good in the process.

Cultures are destroyed by tourism and they can’t even profit because the major corporations suck all the money from them. Tourism only feeds off the stereotypes of a culture and the actual culture suffers and often slowly disappears. What’s left is a washed out shell of the culture and the true spirit is lost forever.

Eco-tours are usually an environmental nightmare, by bringing in people by the busload or boatload; these eco-tours are actually harming the local surroundings.   These tourists don’t come alone, they eat, drink and consume anything in their way and what’s left is the garbage and used up Mother Nature.

Eco-tours profit from large disasters, allowing the general public to feel like they helped, when in reality all they do is scratch the surface. The tourists come to a disaster for a few days, pick up some garbage, help with some injured and then go home feeling like they made a difference. The problem is that if they really wanted to help, they would’ve just sent aid in the form of money, food or medicine,

If a company truly wanted to be involved in eco tourism responsibly, they would do these things.

Enjoy the full article at NomadicMatt

Photos courtesy of HoiAnEcoTour and GetYourGuide

The Most Improper Etiquette Practiced In-Flight