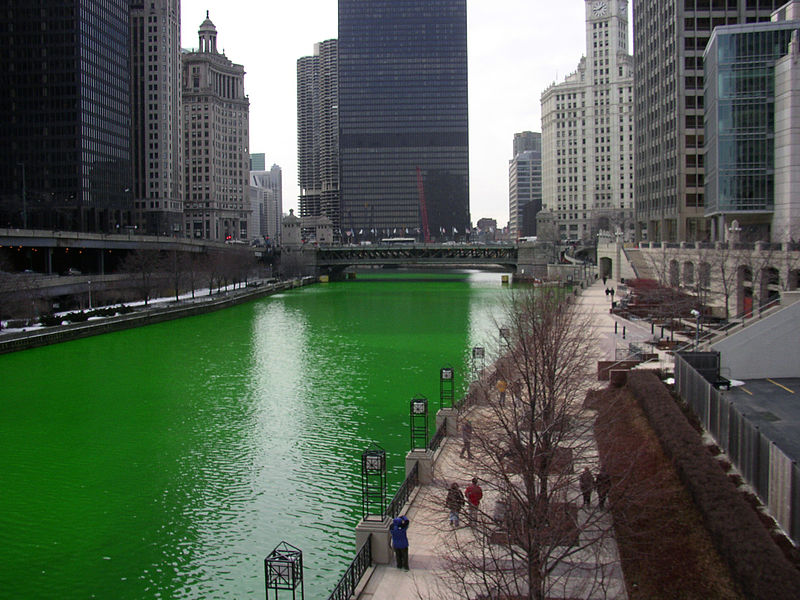 St. Patrick’s Day celebrates the Roman Catholic feast day of the patron saint of Ireland. Falling at the end of the long winter, March 17th always manages to brighten things up. To celebrate St. Patrick’s Day in Dublin would be the ultimate way to spend the day, but you can find plenty of destinations here in America to revel in the festivities. With 11% of the country’s population being able to claim Irish ancestry, Americans have embraced the holiday with gusto. From green dyed rivers and beer, to annual St. Patrick’s Day parades these cities are some of the best destinations in America to spend the holiday.

With it’s large Irish Catholic population Chicago has many St. Patrick’s Day celebrations throughout the city. At the end of the parade, established in 1843, thousands of people gather to watch the spectacle of the river being dyed green. The tradition is more than forty years old, and don’t worry the substance used is safe for the environment. At the Irish American Heritage Center you will find the family friendly St. Patrick’s Festival, which features a craft fair, food, music and dancing.

Hosting the second largest St. Patrick’s Day parade in the country, established in 1869, the city of Pittsburgh holds an entire week of festivities. The parade boasts over 20,000 participants, and 18 marching bands. With easy access to restaurants and bars, and hundreds of thousands of people dressed in green partying from dawn to dusk, you can’t help but have fun.

Unlike other cities, Cleveland will always hold their St. Patrick’s day celebrations on March 17th no matter what day of the week it falls on. The parade, established in 1867, is one of the oldest and largest in Ohio. With up to 500,000 people spreading their Irish cheer this is one of the largest St. Patrick’s Day celebrations in America. Make sure to visit Slyman’s Deli for a glass of green beer, and the best corned beef in the country.

Celebrating St. Patrick’s Day in Savannah is a different experience, with the temperature in March averaging a balmy 70 degrees. Every year hundreds of thousands enjoy the annual parade, established in 1824. After enjoying the parade, visit the River Street St. Patrick’s Day Celebration to enjoy a full line up of performances and other activities.

The Irish Heritage Club of Seattle hosts Irish Week every year, but the events go on much longer than a week. After enjoying the St. Patrick’s Day parade, established in 1971, head over to the Seattle Center and enjoy Irish music, dance, workshops, food and more. This year Seattle’s Best Damn Happy Hour falls during the St. Patrick’s Day month of festivities.

How To Travel Easter Island On A Budget

If you’re looking to avoid people as much as possible on your next vacation, these are the spots for you. 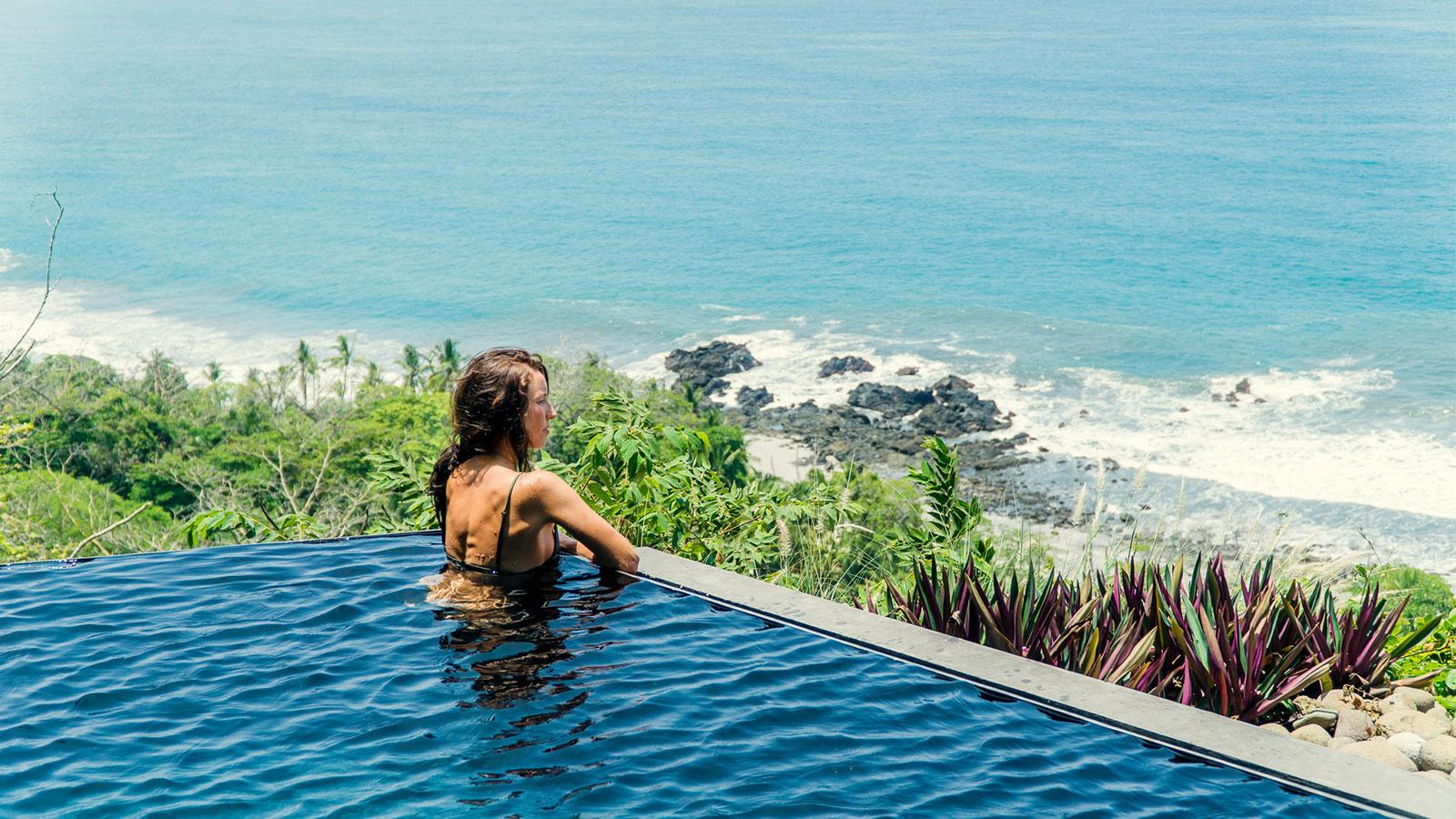 For many of us, one of the best parts of going on vacation is just getting the heck away from all of it. And that most certainly includes people! Getting some quality alone time in a new and beautiful place can do wonders for the soul. So if this sounds like the perfect vacation for you, then check out these amazing destinations that also come with the least amount of people!

We all know how beautiful the Mediterranean is. It’s an incredible area of the world that’s always a worthy vacation destination. But this quaint mountain town is the best option if you’re looking to avoid the crowds and tourists. It also offers some of the best natural river swimming holes and hiking trails in all of Greece.

La Digue is one of the over 100 small islands found off the coast of East Africa. And it’s really the only one you need to know about! Because it’s a perfectly secluded and peaceful vacation destination. Almost everyone that lives there only travels by bike and there are literally zero traffic lights on the island. And the beaches simply can’t be beat.

When seclusion and nature are top priorities for your vacation, any of the Nordic countries are always a great place to start. And one of the best spots in Norway is easily the Lofoten Islands. Depending on the time of year you visit, you can do just about anything here. From surfing to skiing, to fishing and hiking, these islands have it all.

Not to mention you’ll have a great view of the Northern Lights if they’re in town and can often enjoy some 24-hour sunlight!

If you’re looking for a truly unique vacation experience while also going off the beaten path, that Hispaw should be at the top of your list. It’s actually a Shan royal city and carries with it incredible history to both look at and learn about. It also carries with it famously chill vibes so it provides a perfect mixture of relaxing and stimulating.

Revenge will be the last thing on your mind when you vacation in Montezuma. In fact, it’s likely you’ll never feel more at peace than when you’re in this perfect little beach town. Montezuma is a bit of a “hippie secret” as well and you’ll be sure to meet plenty of interesting artists and musicians while you’re there. This place is perfect for relaxing on the beach all day and enjoying the company of fascinating people all night.

Lace up those shoes and stretch those hammies, here are the best destination races from around the world. 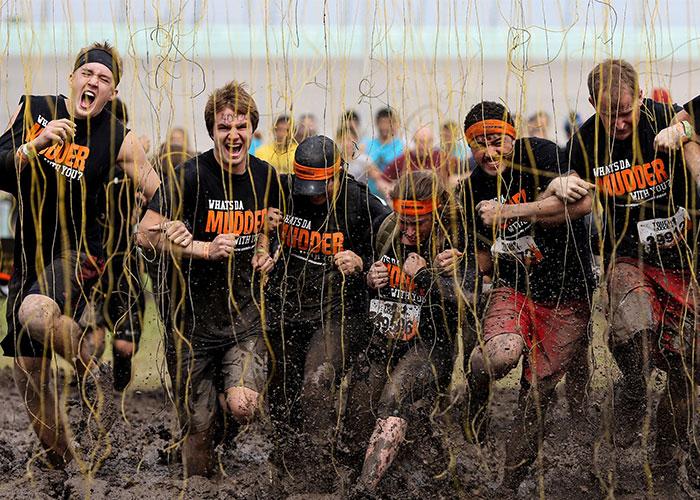 If you’re anything like me, then you’re probably tired of running the exact same route every time you decide it’s time for you to get some exercise. You pass the same houses, cross the same streets, get barked at by the same dogs. It just gets so boring! Exercising is very hard to stick to when it becomes monotonous. The best way to stay fit is to look for ways to keep your exercise interesting and what’s more interesting than traveling the world? You will find it hard to zone out when you’re running in one of these races halfway across the world.

So lace up those shoes and stretch those hammies, as you prepare to go on these incredible destination races around the world.

The Tough Mudder is one of the toughest races we’ve ever done. It isn’t just a ten to twelve-mile run, it also has a ton of obstacles along the way. Now you can run, climb, crawl and get shocked all while enjoying your vacation in beautiful Phoenix. This race is the definition of rewarding and you will marvel at your ability to get all the way through when you sit and gawk at the course you just finished. Just make sure you have a nice place to shower afterward, because trust us, you’re going to need it.

This triathlon is truly a lot of fun. The bike ride is hilly so the 56-mile ride is a blast thanks to all of the downhill you have to look forward to. Also, New Hampshire is usually a little chilly which means you will be able to wear a wetsuit when swimming making it easier to float. Sure, packing for a triathlon might be a pain, but once you experience New Hampshire in all of its glory you will know that all that packing was worth it.

Experience the South the hard way. Running from Chatanooga to Nashville is an amazing way to experience Tennessee from the big cities to its rural paradise. Nashville is the music city, so be sure to save enough energy to check out it’s hopping nightlife afterward because Nashville has a scene that you don’t want to miss. But the scenery on your run from Chatanooga to Nashville will be breathtaking as well. Plus, all that running will lead to a guilt-free Southern food pig out.

The reason this race is great is its flexibility. You can run anything from a 5k to a 50k so run as little or as much as you want, not that 5k is anything to scoff at. You are also running around the spectacular San Francisco which is sure to amaze and impress anyone no matter what they’re doing around town. You actually get to run across the Golden Gate Bridge in this race which is a must for any true runner. This race proves that Ricearoni isn’t the only San Francisco treat.

See Where The Super Rich Vacation

Check out where the richest people in the world vacation and what the heck they spend their money on. 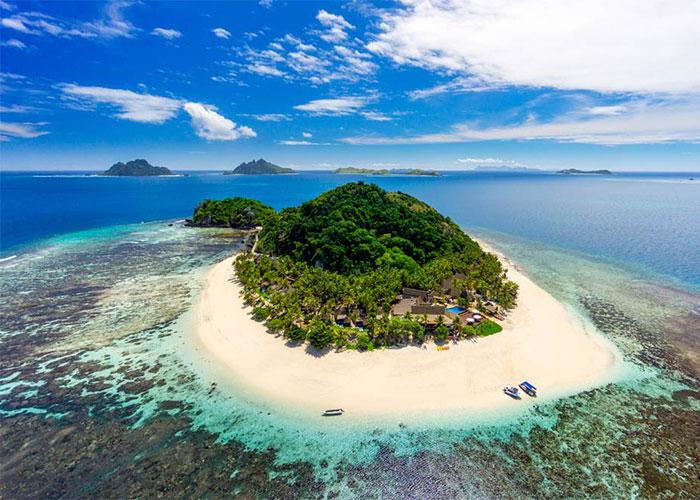 Where would you go on vacation if money wasn’t an issue and you had all the time in the world? Go on and think about it, I’ll wait. I would go to a private island and have a castaway experience with luxury amenities, of course. Well, the super-rich have the ability to go anywhere they wish and do literally whatever money can buy, how awesome must that be? Check out where the richest people in the world vacation and what the heck they spend their money on.

Unlike many super-rich people, Bill Gates likes to mix and mingle with the locals when he vacations. He enjoys Croatia for its old Europe feel and medieval construction. The hot spot in Europe, Croatia is enjoying a tourism boom, which is centered around the countries pleasurable weather and affordable luxury. Bill Gates doesn’t need to save money but who says the super-rich can’t be frugal?

Why not just ball out of control like Richard Branson and buy your own island. That is some next level stuff there. The Virgin Mobile/Records/Airlines etc entrepreneur and billionaire owns Necker Island in the British Virgin Islands. The private island is an actual resort where rooms rent for a minimum of $5,000 a night. Luminaries such as the Obamas and Mariah Carey have stayed here before. Wow, talk about luxury, a private island where the former president stays. Enjoy all the watersports you can handle while basking in the hot Caribbean sun.

Where do the best directors of all time spend their vacations? Well, if you love Steven Spielberg movies, you’ll know he enjoys incredible landscapes and none are grander than Ireland. The Emerald Isle just is so vibrant and lush that it attracts all sorts of travelers, even the mega-rich. Ireland isn’t a vacation that will break your bank, in fact, its one of the most affordable trips you could choose. Spielberg loved the countryside, the people, and the food, what’s really not to love?

Where does one of the most influential women of all time vacation? Wherever the heck she wants, is the only acceptable answer, she is the queen of entertainment. Oprah recently went on a luxury superyacht called the Rising Sun, where she partied with The Obamas and Bruce Springsteen in Tahiti. When she stays on land she prefers the beaches of Fiji. The island of Fiji features luxury at every turn but when Oprah is there she reserves the entire resort.

The man who is in charge of our country’s wealth, Warren Buffett is a billionaire of the most frugal standards. He’s lived in the same modest home in Omaha Nebraska since 1958 and only splurges on vacations, so where does he go? He owned a lavish beach home in Laguna Beach, California where the rich and fabulous play. Laguna Beach is very accessible for the non-rich so check it out for yourself. The steep cliffs and beautiful views of the Pacific Ocean will have you coming back for years.

The Best All-Inclusive Resorts In The Bahamas

The Many Joys Of Holiday Travel With Kids