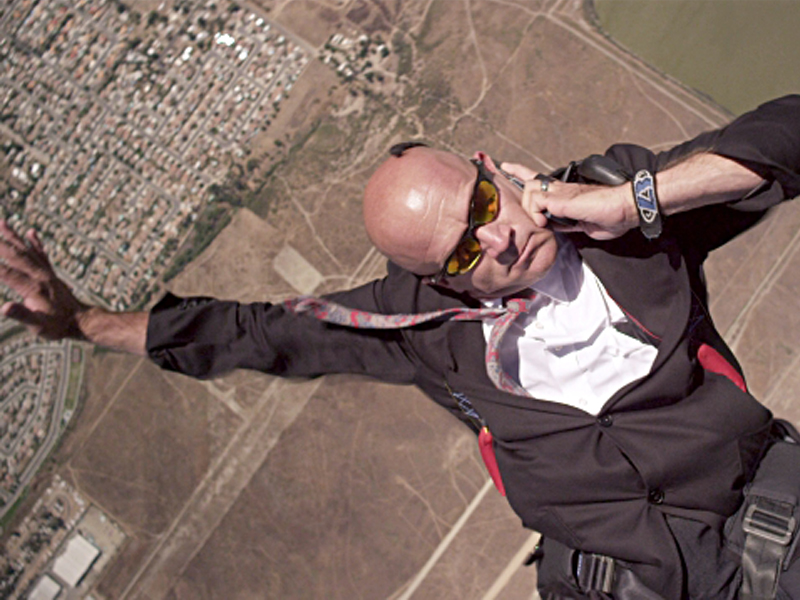 The Transportation Security Administration (TSA) has announced 11 new airlines are participating in the PreCheck program. What does that mean? It means eleven more chances to skip the security line and breeze through the airport. Many of these new airlines are international, which alleviates concerns that many travelers had. Before, all participating airlines were domestic and this was a huge hurdle that the TSA overcame today.

The TSA PreCheck program was launched a few years ago in response to the popularity of their random selection process. Predating Pre Check, the TSA would select passengers they believed were low risk, usually the elderly and frequent flyers. This program caused some controversy and is slowly being phased out, especially with the popularity of the PreCheck.

The PreCheck program started off slowly with only a few participating airlines and airports, but now 30 airlines and over 150 airports are on board. See what I did there, that’s a plane pun, oh boy.

This is a huge win for the TSA, who since their inception after 9/11, they haven’t had the best reputation. Many frequent flyers were reluctant to join the PreCheck program without international transporters. The new influx of international carriers should boost the program to new heights.

The new airlines are Aruba Airlines, Avianca, Boutique Airlines, Emirates, Key Lime Air, Miami Air International, Southern Airways Express, Spirit Airlines, Sunwing, Virgin Atlantic, and Xtra Airways. I had to double check because I thought someone was playing a trick on me, like some of these airlines sound made up. I mean, Xtra Airlines sounds like a bad celebrity news show and Key Line Airlines sounds like a tasty pie, but oh well, cheap flights are cheap flights.

Here are all the TSA PreCheck Participants

TSA PreCheck is a program that allows passengers to avoid the hassle of security lines by being vetted ahead of time. This is extremely valuable in saving time and lessening frustrations. The program only costs $85 and is good for 5 years. Simple signup process, all you need to do is fill out this application. https://www.tsa.gov/precheck

Then just schedule an appointment here.

Once you have done these two easy steps, your background will be checked and then you will receive a Known Flyer Number, this is your pass to freedom. Gone are the days of taking your shoes off, belts off and laptops out. Again, the fee is only $85 and lasts for 5v whole years. So even if you only fly once a year, the $85 will be well worth it. You aren’t only helping yourself out; you are helping out every other passenger and TSA employee.

Why TSA Pre Check Is A Game Changer

A newly started company by the name of Orion Span recently announced that they will soon be opening a luxury hotel… in space. 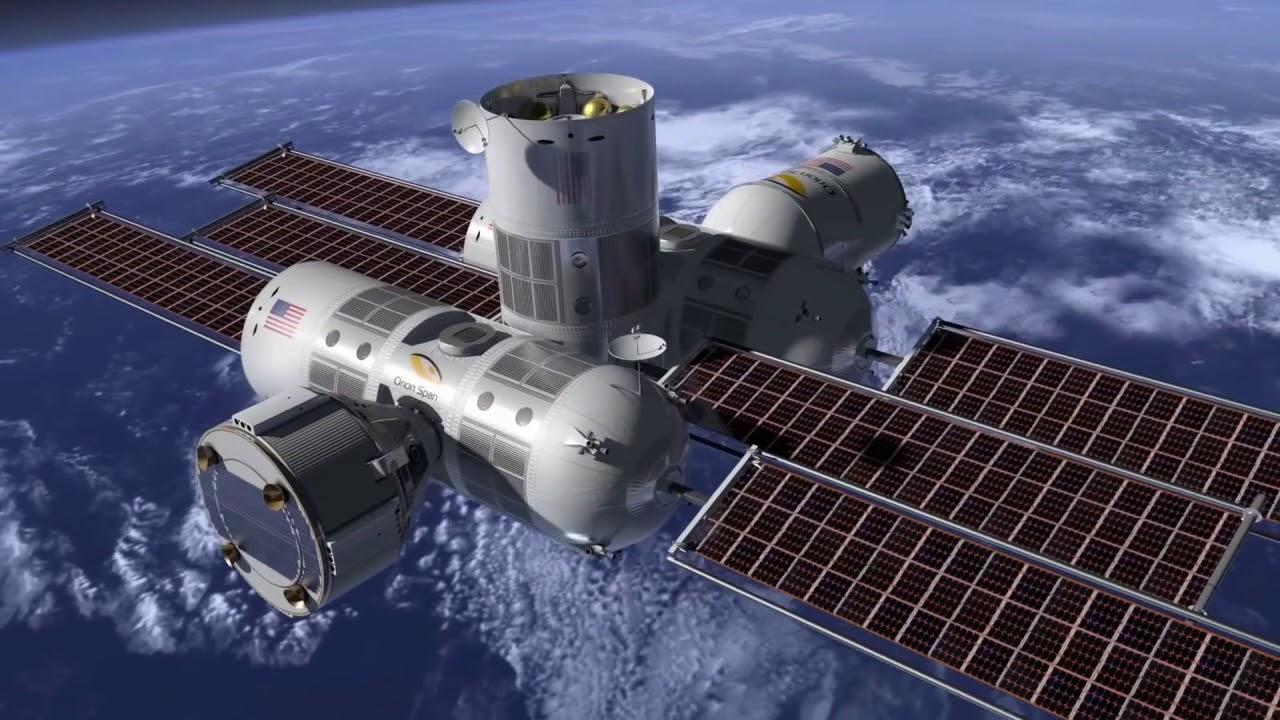 I’m calling it. We are officially in the future.

A newly started company by the name of Orion Span recently announced that they will soon be opening a luxury hotel… in space. In the statement, they claim that their first guests will get to enjoy an off-planet vacation as early as 2022. They named the hotel the Aurora Station, and it will allow for four guests and two crew members. The space-cation will last 12 days and will travel roughly 200 miles above the Earth. Um… where do I sign?!

But the perks don’t stop there, folks. Here are some of the other amazing things guests on the Aurora Station will get to enjoy: an average of 16 sunrises and sunsets every day, learning how to grow food while in orbit, experimenting with virtual reality tech, and a constant state of zero gravity. This trip will truly knock you off your feet!

The station will be roughly the size of a larger private jet (about 43 feet long and 14 feet wide). It will also offer high-speed internet so guests can still stay connected with family and friends back on Earth and, of course, post great Instagrams! But Orion Span isn’t stopping there. They have even bigger plans.

The CEO of Orion Span, Frank Bunger, also said in the statement that they have plans of one-day launching condos in space. Imagine living in space! “Our long-term vision is to sell actual space in those new modules. So, either for living or subleasing, that’s the future vision here – to create a long-term, sustainable human habitation in low Earth orbit.”

Bunger added the company (and his) overall mission is to make space available to all. It won’t be easy, though. Anyone who wishes to take the luxury trip will have to complete an extensive three-month training program. And while three months may seem like a lot of time, Bunger said that they have streamlined a training program that used to take an incredible 24 months. So it turns out three months isn’t that bad!

Now, I know what you’re thinking. You’ve probably been thinking it the whole time you’ve been reading this article. “How much is this going to cost?” Great question. This futuristic trip requires an $80,000 refundable deposit and a whopping $9.5 million for the entire trip. The good news is you can put down your deposit right now! The list opened on April 5th. So if you happen to have a loose $80,000 laying around, now you finally have something to do with it!

Paris is one of the most vacation-worthy cities in the world. But if you want to do Paris right, be sure to bring these must-have items! 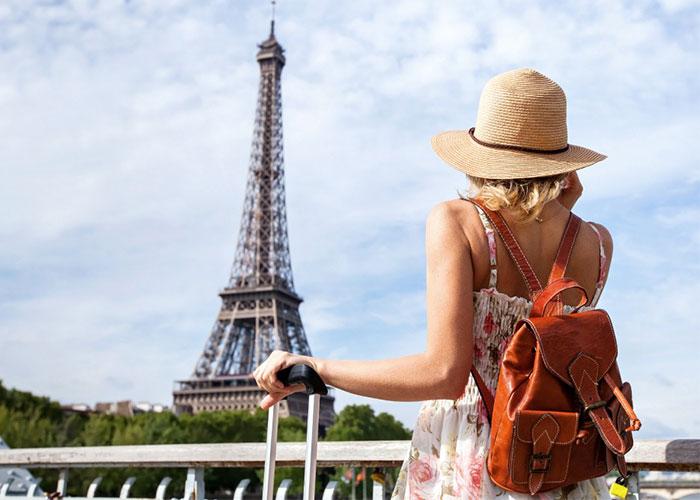 Paris is one of the most vacation-worthy cities in the world. The history, the culture, the art, the wine! You name it, Paris has it. It’s just one of those cities you have to experience before you die. But if you want to do Paris right, be sure to bring these must-have items!

One of the most potentially frustrating parts about traveling in Paris is the power outlets there. They’re completely different than ours in the states! So if you have anything that needs to be plugged (which, at this point, how could you not??) you’ll definitely want to invest in a power adapter. The good news is, it’s not that hard to find one once you’re actually in Paris.

Obviously one of the best parts about a trip to Paris is the food. Honestly, Paris might very well be the best culinary city in the world. You’ll easily have 4 or 5 of the best meals of your life just in one week in Paris. But you’re going to want to make sure you hit as many of the best spots as you can. So be sure to bring a handy restaurant guide with you everywhere you go!

We’ve all seen these somewhat funky looking umbrellas before. But aside from the potential stylish appeal, these umbrellas are actually very functional as they’re windproof! And that can be crucial to staying comfortable while walking around Paris. Not to mention, if you grab a transparent one you can keep yourself completely dry while not affecting your view of this beautiful city!

This should be a no-brainer. One of the best ways to really experience Paris is just to walk around and take it all in. There’s an energy about the place that is just unmatched. Plus there are endless options out there when it comes to comfortable shoes, so you can still be stylish while you’re at it!

A TRAVEL BAG WITH HANDLES

While we obviously appreciate the benefits of rolling luggage, the convenience of it kind of goes out the window when you’re Paris thanks to all the narrow, cobblestone streets. Not only do they make rolling your suitcase to and from your hotel difficult, but they could actually just break the thing! So go out and find a durable bag that still has enough room to bring everything you need.

Look, I know. Selfies can be very obnoxious and selfie sticks can be downright offensive. But don’t deprive yourself of the fun of taking tons of pictures just because you don’t want to look like an annoying teenager! Paris is a beautiful city that needs to be photographed and if you’re not actually in the photographs were you ever even in Paris?! Exactly. So invest in one of these handy cell phone tripods so you can get some great pictures without them blatantly looking like selfies.

What would a trip to Paris be without lots, and lots of wine? It would be pointless, that’s what. Did you know you can even drink wine in Paris’ public parks until as late as 4 p.m.? I know! So you’ll definitely want to have your own corkscrew on you at all times. Just make sure it’s TSA compliant so you don’t get arrested before even getting on your flight.

Travel can be terrible on your skin. So be smart on your next vacation and keep your beautiful skin hydrated and healthy. 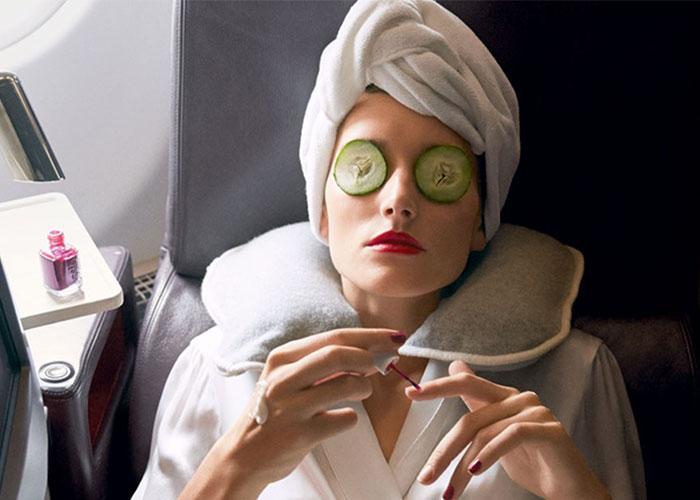 If you’re anything like me, you spend the entire week after a vacation taking care of your badly damaged skin. Whether it’s the pressure in the plane, the change in climate, or just the overall stress of traveling, vacation can be terrible for your skin!

But have no fear, Jetlaggin is here! And we’ve got all the tips and tricks you need to keep your skin healthy and fresh on your next vacation. So read up, take some notes, and say goodbye to dry and flaky skin the week after a vacation!

Honestly, if you don’t know this by now, I don’t know what to do for you. Obviously, drinking plenty of water is good for your skin regardless of if you’re on vacation or not. But one thing that happens when you travel, you tend to drink more caffeine and alcohol than usual. And they both cause some serious dehydration.

But we wouldn’t dare tell you to stop drinking either! All we’re saying is, just make sure you drink lots and lots of water in addition. Get yourself a cool new water bottle while you’re at it. It will make the whole thing that much more fun for you. And your skin will thank you later!

PACK THAT CARRY-ON WITH SKIN PRODUCTS

While drinking lots of water is good for hydrating internally, you don’t want to forget to hydrate externally. I’m talking moisturizer, people! Those pressurized airplanes can really mess with your skin. So keep some facial mist and some moisturizing cream handy at all times.

And don’t you dare forget about those lips! There are plenty of great lip balms and lip repair products out there for your lip protection needs.

When most people think about traveling, they think about airports, airplanes, buses, hotel rooms, saunas, etc, etc. Notice anything similar about all those places? They’re all indoors! But you know what also happens on most vacations? Spending time outside! So don’t make the deadly mistake of forgetting to put on your sunscreen.

In addition to literally protecting your skin from the sun’s harmful rays, it also does wonders for keeping your skin hydrated. Don’t be shy either. Just go for it and get yourself that SPF 50. Your skin deserves it!