Japan plans to start uplifting any pandemic related restrictions by October 1 and welcoming foreigners with permitted long-stay visas. In her report, she mentioned that the government intends on prioritizing people coming from countries that have been able to control the spread of COVID, such as New Zealand, Australia, and Vietnam. Despite the world having over more than 33 million coronavirus cases and more than 1 million deaths reported worldwide. Statistics show that Japan has only accumulated a small fraction of this, with over 83,000 cases and 1,564 deaths. To flatten the curve, Japan declared a national state of emergency way back April but was stopped shortly after announcing a full lockdown. Japan’s blueprint in reopening its borders consists of three phases that seem quite idealistic, some might say. According to them, the first phase of their plan would be to accept essential and business travelers. Second would be and students and educators, and lastly, the tourists.

Plans and Restrictions for Travel

Upon entering the country, Japan requires travelers to test negative for COVID-19 and will most likely need anyone to conduct self-isolation first. Japan aims to remain vigilant as the strict protocol was implemented for those entering Japan to complete a two-week quarantine period to join the general public. Inside the city, public transportation hasn’t been significantly affected. However, for safety measures, airlines and long-distance bus companies have had to cut their services. Nevertheless, despite lifting restrictions on inter-prefectural travel on June 19, they will only allow travelers to use their public transits after 14 days upon their arrival. According to Kyodo News, the government is also considering limiting the entry to a maximum of 1,000 travelers daily.

Aside from lifting restrictions on domestic travel in May, Japan has been preparing for tourists in the incoming months. It was reported that the Japanese luxury rail operators had rebooted services and the addition of Wi-Fi and workstations to encourage workers into the office at the national parks. Furthermore, according to Kyodo News, Japan also launched a new domestic travel subsidy program that provides deep domestic travel discounts. With high hopes, Japan awaits its grand reopening to make it easier for Japanese locals to travel. Over 100 countries have declared restrictions on Japanese travelers in which some were a response to Japan’s travel restrictions.

Although many tourist attractions were closed down in April and May, many began to reopen once again in early June. Establishments in Tokyo, Yokohama, and many more have somehow found a way to start a business once again. However, many other establishments are still closed for now, and most events and festivals around the country have been either canceled or postponed.

10 Tallest Buildings in US

Our golf experts came together and made a list of the finest golf courses in the world so you can hit the links in style. 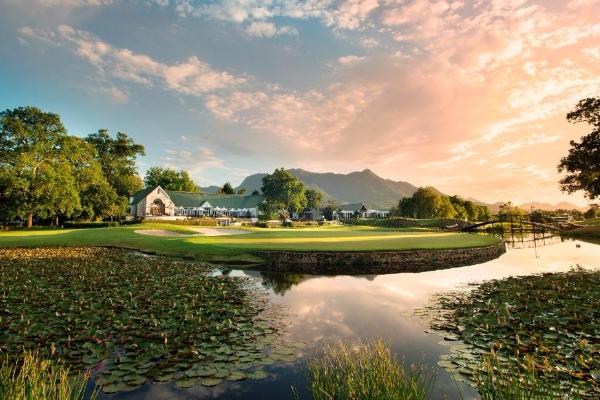 Golf is a leisurely activity enjoyed by millions. There is nothing quite like hitting the links and playing a full 18 holes. You get a good amount of exercise while enjoying the outdoors and smacking that little white ball all over the place. You don’t have to be good at golf to enjoy it. All you need is your clubs and a few balls and your set for a wonderful day playing one of the finest games in the entire world. But if you play a lot of golf then you’re probably getting tired of playing on the same old course over and over again. You get stuck behind the same twosome that takes fifteen minutes between shots and they still haven’t fixed the divets on the green that have been there for what seems like years now. Well, that means it is time to venture out to a new golf course and if you’re going to do that then don’t slum it at some sub-par golf course on your vacation. You want to make this golf trip a memorable one. Our golf experts came together and made a list of the finest golf courses in the world so you can hit the links in style.

Laucala, Fiji
This course resides on the private island of Laucala in Fiji. This may be a bit expensive but oh man is it worth it. You’ll need to hop in your private jet to get there or if you feel like leaving your jet at home then try the resort’s private jet. Once you land you can hop out and head straight to the unbelievable course that has the glorious volcanic mountains, coconut plantations and of course breath-taking cliffs as your surroundings. After your round of golf head on over to one of the 24 villas and then take part in some of the many activities available to you when you stay on a private island. The food is fantastic and the golf is even better.

The Broadmoor, Colorado Springs, Colorado
This course is where Jack Nicklaus won his first major all the way back in 1959. So if you want to see a small piece of history then head on out to Colorado Springs. This place can keep you entertained for a long time thanks to the three spectacular courses so if playing 18-holes just isn’t enough for you then try 54 holes. The rooms here are also pretty nice, and you can hit the spa or one of the 10 delectable restaurants. There are over 784 rooms so don’t be afraid to invite some friends.

Terre Blanche, Provence Côte d’Azur, France
Southern France is already beautiful so you could guess that the golf courses around here are not too shabby. The Terre Blanche is where you can find two unbelievable golf courses known as Le Châteay and Le Riou. The golf here is well documented and is fantastic for beginners or experts. The resort to is absolutely fantastic. You will be amongst the beautiful forest, waterfalls, and lakes that make up most of this region and the 115 suites are enough to leave you thoroughly content. When you get hungry head on down to Le Faventia for a Michelin star dining experience.

Enjoy Your Weekend With These Awesome Outdoor Adventures