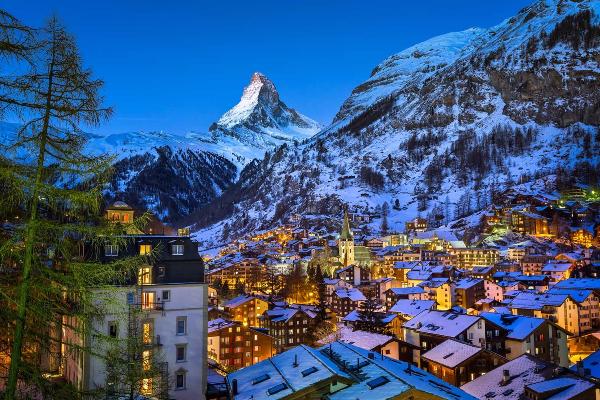 Traveling can be a bit scary because it’s not always the safest. Sure, you want to get out there and see the world, but you don’t want to see your money and passport dip into some criminal’s pocket as he runs away leaving you stranded in a foreign land. While traveling safe is something you can totally do anywhere, as well as traveling dangerously, there are countries where safety is easier than others.

If you’re looking to go on a vacation and don’t want to worry about pickpockets or thieves then go to one of these countries which rank as some of the safest in the world.

Iceland is not only an amazingly beautiful destination, it is amazingly safe as well. The reason for this is because of its low population. There are just over 330,000 people that live in this country and they are all evidently pretty mellow. Iceland has been named the most peaceful country in the world so it should be a place where you can relax and enjoy without any paranoia unless you’re into that kind of thing.

If you’re a Lord of the Rings nut then New Zealand should be high on your list anyway. All of the films were shot in this beautiful country maybe because it was so safe. You don’t want any hobbits getting robbed. Even if you don’t particularly care for these fantasy novels, New Zealand is a beautiful place with breathtaking landscapes and tons of exciting outdoor activities. So head to New Zealand where you can hang glide without worrying about landing in the wrong part of town.

When thinking of traveling to Europe many people often overlook the wonderful country that is Portugal. Portugal has so much to offer like incredible food, castles, and hardly any crime. So if you’re planning on visiting Europe, why not head to Portugal and see the beauty for yourself. The castles in this country are unbelievable and walking the streets you’ll quickly realize why this country is one of the safest in the entire world.

A truly awe-inspiring country, Austria is one that we would recommend to visit even if it were dangerous. Luckily though, this country is not dangerous, in fact, it’s quite the opposite. Not only is Austria safe, but so are the countries that surround this country. When you’re a country surrounded by the safest countries in the world, odds are you’re going to be one of the safest as well. Austria has some serious history and it is a place not to be missed.

Denmark is known as the happiest country in the world which is a title you don’t get by being dangerous. They aren’t happy because robbing tourists make them smile, they’re happy because they’re so safe! You can see amazing architecture, amusement parks, museums and a bunch of super happy Danish people. So go get happy and feel nice and secure in beautiful Denmark.

We talked to our travel team and came up with our favorite zip line adventures around the globe so you can keep on zipping you crazy zipper! 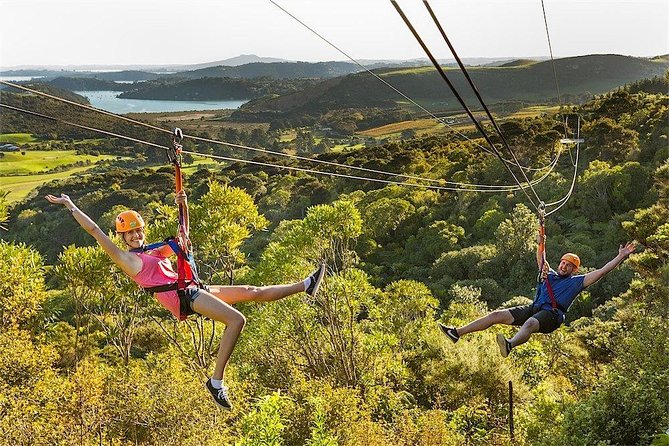 Riding on a zip line is the thrill of a lifetime. There is nothing quite like jumping off and feeling the wind rushing through your hair as you propel over various bridges or trees. No matter where, you’re bound to feel like a true superhero. We talked to our travel team and came up with our favorite zip line adventures around the globe so you can keep on zipping!

Zip World Velocity
If you find yourself in Wales then be on the lookout for the longest zip line in all of Europe. This thing travels along 1,600 yards… you will definitely be getting your money’s worth here. You will take a long, effortless ride over beautiful mountains and water, glazing over many beautiful sites. We suggest you have a convenient camera handy. If that sounds too big for you, they have a smaller version available to you as well. You can still get your thrills without freaking.

El Monstruo
Puerto Rico is home to many great zip lines but none better than “El Monstruo,” translating to “The Monster” in English. This is officially the longest zip line in the world according to the Guinness World Record books. This line is astoundingly 8,300 feet long so you will be zipping on down for over a mile. Jungles are cool, especially when you get to experience them from a bird’s eye view, literally! You will be one fast bird too, considering this ride gets up to speeds of 95 mph so if you’re looking for a serious thrill then this is the one for you.

Cloudscraper
Thrillseekers beware, the Cloudscraper is scarier than you may think. This zip line is super high up and will definitely make the hair on the back of your neck stand up when you take in the whole experience. You will get a beautiful view of the incredible Royal Gorge as you fly overhead. You’ll feel a lot like Wile E. Coyote right after making a wrong turn, except you won’t fall when you look down, you’ll just scream in ecstasy as you enjoy your fantastic ride.

Zipflyer
When most people think about Nepal they don’t think about the awesome thrill-seeking adventures they can partake in besides climbing Everest. Well, maybe Everest will soon take a back seat to zip-lining thanks to the Zipflyer in the Himalayas. This zip line is unique because you will partake in a 2,000-foot vertical drop that will leave you squealing with delight. You better be an adrenaline junky if you want to take this zip line on because it is for sure to shock and amaze you all the way down.

Spend all of your money on traveling safely then use these tips to take home some free or practically free souvenirs that are great mementos from your fantastic vacation that you can hold onto for a lifetime. 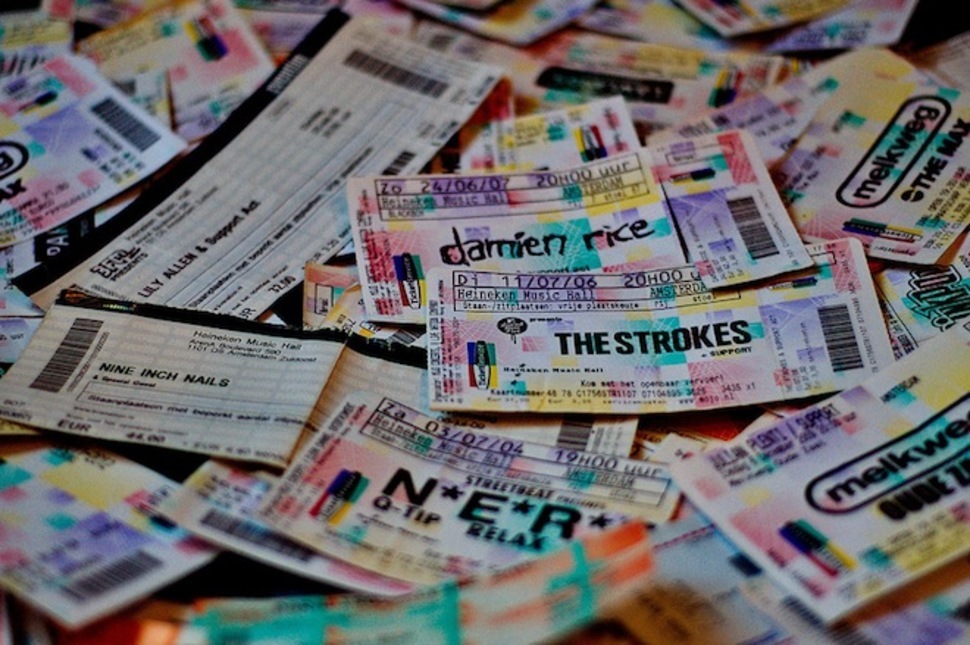 Traveling costs money. We all spend so much on airline tickets, lodging, as well as destination and touring costs. Rarely do we plan on saving enough money to buy souvenirs. Don’t bother skimping on your lodging or flight just so you can buy some souvenirs. Make sure you’re staying somewhere safe so that you make it to that lodging safely… and in one piece. So, we recommend spending all of your money on traveling safely. Therefore, rather than buying pointless purchased items, use these tips to take home some free or practically free souvenirs that are great mementos from your fantastic vacation that you can hold onto for a lifetime.

You’re going to take dozens of photos when you’re on a trip – those evoke many more memories than some small tchotchke you buy at a shop. A refrigerator magnet is not worth 1,000 words. In fact, it’s worth about 2 words, refrigerator, and magnet. A photo, however, reminds you of your memorable trip. Plus, there’s typically a far more interesting story behind it compared to the refrigerator magnet. People will much rather look at your photos than your magnets and your trip will seem a whole lot more dazzling when you show them.

Postcards are photos that have been taken by another party but have already been printed for your convenience. Postcards aren’t free but they cost hardly anything and they’re sturdy enough meaning there’s a strong chance they’ll survive the trip back home. If you buy a vase or something similar, odds are that it’ll break when you attempt to transport it home. Further, the designs in foreign countries are very unique – making it very different compared to whats at home.

Talk about cheap! Filling a zip lock bag with sand and shells is the cheapest souvenir possible. You may feel a little funny spending a day on your vacation scooping sand into a bag, but once you get home and throw the sand and shells in a jar you will be left with a beautiful memento from your trip that will surely be the envy of all of your friends.

You’re going to go see these wonderful sites and shows while on vacation anyway. So why not save your ticket stubs so you have a free piece to not only remember your historic trip to the museum, theater, or concert? Ticket stubs make great mementos and are often linked with some of the most memorable moments of your trip. Therefore, save the stubs and bring them home. All of these souvenirs are way more meaningful than ones you can buy in stores, anyways.

We spoke with our colleagues and compiled a list of three of our favorite cities that are chock full of sweets. 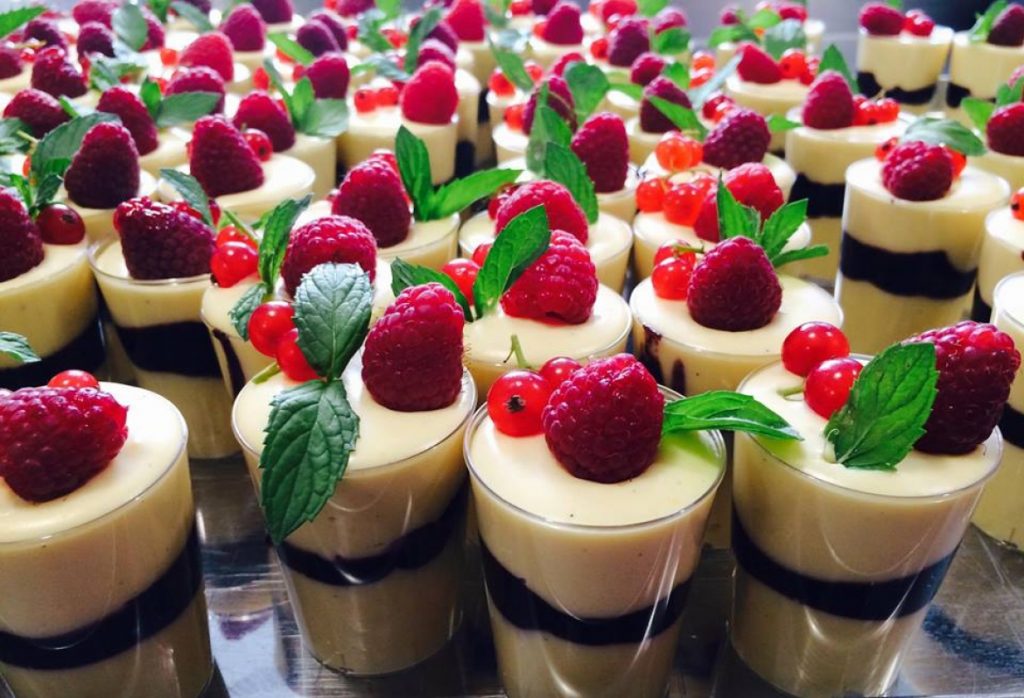 So, you have a crazy sweet tooth but no one nearby has quite the ideal selection to satisfy your sugar-addicted palette. What are you to do? You might be able to find poor/cheap knock-offs on Amazon or another online candy conglomerate, but we both know your true feelings. You won’t be sweetly satisfied until the real-deal sweetness touches your tongue – sending your dopamines into a frenzy. When the cravings hit, there’s no turning back.

We talked to our colleagues and compiled a list of our favorite cities that are chock full of sweets so you can satisfy your sweet tooth while on a lovely vacation. I mean really, why can’t you have both?

Ocean City is known for its historic boardwalk. There are a variety of specialized shops that sell all the sweets you can imagine. From ice cream to fudge to taffy, you will find it all at the Ocean City boardwalk. Bakeries, candy shops, and ice cream parlors will leave you foaming at the mouth and you’ll be in a sugar coma in no time. But don’t worry, if you need to get your salt levels up then just hop in the ocean and take a few swallows. Now your salt and sugar levels are balanced out. Is that how it works? We have no idea, we’re not scientists. Whatever your plans are, Ocean City has you covered when it comes to your east coast needs.

If you love donuts, then St. Catharines is the place you’ve got to check out. This place has a huge selection of donuts, so bring a big appetite and some waist-expanding pants. You can put down dozen after dozen of donuts and never eat the same one twice. One store alone offers up to 20 different donuts each day. So, expand your donut horizons while stuffing your face. Donuts are heavenly and so is St. Catharines.

The home of Snoop Dogg is also home to the ice cream capital of the US. Residents in this city eat more ice cream than any other city in the country. Now that’s a lot of ice cream! You can find the regular flavors everywhere, or you can experiment with new ones like goat cheese, whiskey fig ice cream, or salted caramel fudge. No matter what kind of ice cream you want, you’ll find mounds of it in the LBC. Now that’s what I call sublime.

Remember, your hometown surely has a secret treat that you’re not really aware of but remember, a vacation can bring you much more than just some R&R. Let it bring with it the sweets of your dreams.